Sri Lanka batting coach Thilan Samaraweera said the bowlers let the team down in a match where they conceded 50-60 runs too many. 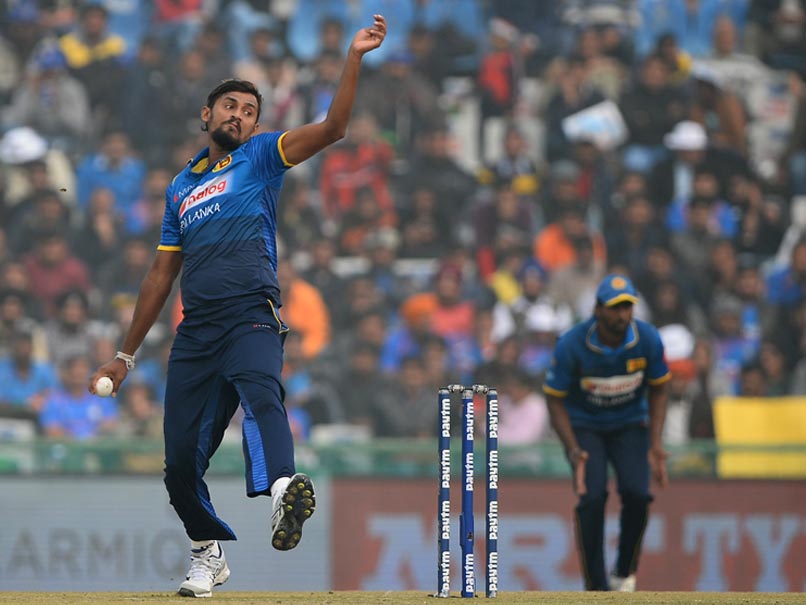 Sri Lankan bowlers were not up to the mark in the second one-dayer against India as the visitors bowled way too many loose balls to Rohit Sharma who made full use of it, making the Sri Lankans chase leather for most part of the Indian innings. Suranga Lakmal had a poor game as the fast bowler conceded 71 off his eight overs. Angelo Mathews was the only Sri Lankan bowler not have gone for runs as he returned with figures of none for nine in his four overs. The captain, Thisara Perera went for plenty as the seamer gave away 80 off his eight overs that helped India reach a mammoth total of 392 for 4 at the end of 50 overs.

Sri Lanka batting coach Thilan Samaraweera said the bowlers let the team down in a match where they conceded 50-60 runs too many.

"I think their plan was to bowl wide yorkers, but the execution was poor. Let's give credit to Rohit Sharma. That was a stunning knock. 390 was too much for us," said Samaraweera after the 141-run loss to India.

India ended up with 392 for four but Sri Lanka should have restricted them under 330, said Samaraweera. "The wide yorkers backfired. We became very predictable. We didn't have a backup plan. But for the third game we will come up with counter moves.

"As I said, credit to Rohit. But we should have bowled better. This was no way a 390 pitch. May be 320 or 330. I think we gave 50 runs too many. We bowled too many full tosses, too many short balls and we didn't execute the plans well. The second half when they came, they bowled the length well. It was a bit hard to go over the top then," he said. The batting coach was all praise for India's stand-in skipper Rohit, who scored his third double hundred in ODIs and second against Sri Lanka.

"One hundred percent," Samaraweera said when asked if it was one of the best knocks he saw.

"I saw his first one on television. This one was special as he scored the second hundred off just 36 balls. He hit 12 sixes today so he has got to be one of the best six-hitters around."

Sri Lanka's key player Angelo Mathews scored a hundred in a losing cause and also bowled four overs. He is back to bowling again but Samaraweera said there is still some time before Mathews starts bowling multiple spells.

"The strategy we have for him is that he will not bowl more than five overs. That is the plan. We are bringing him back to full strength slowly. We are not expecting 10 overs from him (as he is coming back from injury)," he said.

On Mathews' hundred, Samaraweera added: "He is a quality player. His mindset is the biggest thing. Prior to the Test series, I had a long chat with him and tried to tell him to play in a positive mindset.

"In Dharamsala, he batted well and it seems to be working. His strength is playing straight. So sweep is last option for him."

Comments
Topics mentioned in this article
India Cricket Team Sri Lanka Cricket Team Thisara Perera Suranga Lakmal Rohit Sharma Thilan Samaraweera Punjab Cricket Association Stadium, Mohali India vs Sri Lanka 2017-18 Cricket
Get the latest updates on IND vs NZ 2021, check out the Schedule and Live Score . Like us on Facebook or follow us on Twitter for more sports updates. You can also download the NDTV Cricket app for Android or iOS.