MS Dhoni At No.4 Is Ideal For India, Says Rohit Sharma

India captain Rohit Sharma said the team management's decision to promote Dhoni to the no.4 position in the bating order paid off as he is the "ideal" man for that slot. 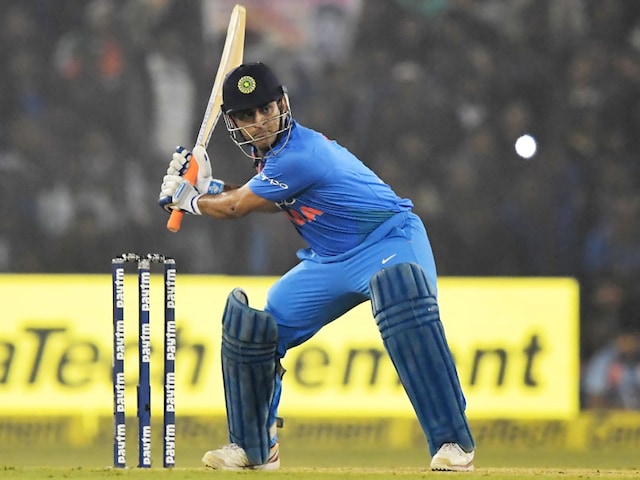 Mahendra Singh Dhoni was promoted up the order in the first of the three match T20I series between India and Sri Lanka. Dhoni scored a quick fire 39 off 22 balls that helped India reach a challenging score of 180 for 3 at the end of 20 overs. Talking about Dhoni's batting postion, India captain Rohit Sharma said the team management's decision to promote Dhoni to the no.4 position in the bating order paid off as he is the "ideal" man for that slot.

"For a long period of time, MS has been finishing games off, but we want him to bat freely now, without that pressure. We were not sure what the ideal score would be, with dew and the wicket playing weirdly. So I thought 180 was a great effort."

Rohit also complimented KL Rahul, who struck a classy 61 at the top and Manish Pandey (32 not out) for giving Dhoni company in the middle that powered India to 180 for three, a score which they defended by 93 runs.

"It was a great move, for KL (Rahul) to start at the top. He was not part of the ODI squad, but he came here and showed he belonged. He batted magnificently. And great finish to the innings by MS (Dhoni) and Pandey. Pandey hasn't had much game time in the middle, so to come out and bat like that is good," he said.

Rohit also praised his bowlers, especially Yuzvendra Chahal for his man-of-the-match winning 4/23 effort. "Chahal and Kuldeep (Yadav) have always been our wicket-taking options in the middle. They understand what the team expects and they come out and deliver. No words can describe how good they have been for us," he said.

Sri Lanka skipper Thisara Perera said batsmen let the team down in their pursuit of the big score.