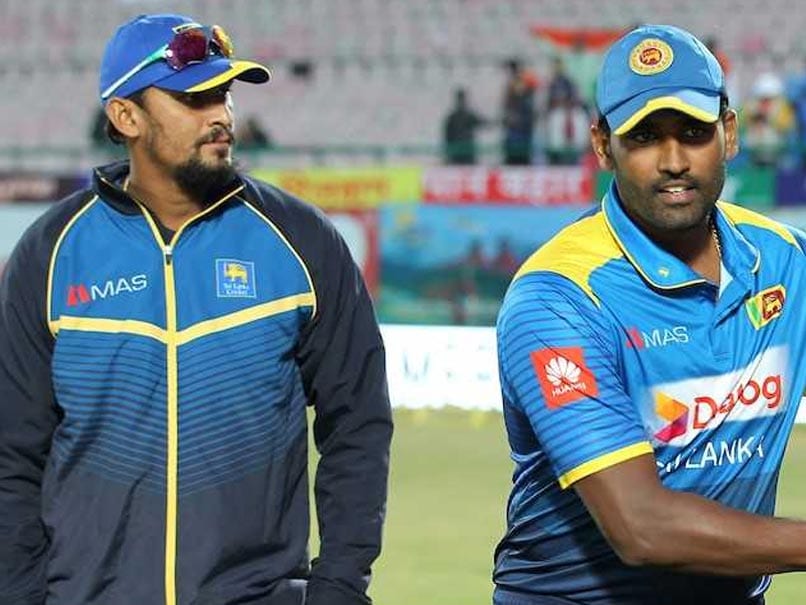 Sri Lanka Thisara Perera was all praise for pacer Suranga Lakmal after the visitors stunned hosts India by seven wickets in the opening ODI at Dharamsala on Sunday to take a 1-0 lead in the three-match series. The lanky Sri Lankan fast bowler registered career-best ODI figures of four for 13 to help his team dismiss the much vaunted Indian batting lineup for a paltry 112. In reply, despite losing a couple of early wickets, Sri Lanka easily chased down the target in 20.4 overs to end a 12-match losing streak.

"First of all we have to give 200 percent credit to our bowlers. They were disciplined, and bowled the right length and the right areas," Perera said.

"This is an unplayable wicket. We didn't expect that. We expected 250-260, but after that Suranga and Angelo (Mathews) bowled very well.

"At the moment, (Lakmal) is our first fast bowler. He's done very well in the Test series as well," Perera said of Lakmal, who took eight wickets in the three Tests against India.

Upul Tharanga, who lost his limited-overs captaincy to Perera ahead of the series, played scored a crucial 49 off 46 balls to dig Sri Lanka out of a hole. He was denied his fifty by Hardik Pandya, who had the left-handed batsman caught at first slip.

However, after that Angelo Mathews (25 not out) and Niroshan Dickwella (26 not out) strung together an unbeaten 49-run stand to wipe out any hope of an Indian comeback and steered their team across the finishing line without anymore setbacks.

"I have to mention that Upul gave a good start and he's one of our best openers," Perera said of Tharanga, who had opted out of his team's Twenty20 match in Lahore and was subsequently removed as captain last month.

Pace spearhead Lakmal set up victory for the islanders after Perera won the toss and elected to bowl first at the picturesque ground overlooking the Himalayas.

The lanky paceman rattled the Indian batting during his extended spell of 10 overs as India collapsed to 29-7 before Mahendra Singh Dhoni fought back with a gritty 65 to take the total past 100.

With India in danger of being bowled out for an historic low -- Zimbabwe's 35 in 2004 versus Sri Lanka is the all-time record -- Dhoni put on a crucial 41-run partnership with Kuldeep Yadav for the eighth wicket.

The pair took India past 54, their own lowest total, which was set against Sri Lanka in 2000.

It was a horror start for skipper Rohit Sharma, named captain in place of the absent Virat Kohli who is officially resting ahead of the South Africa tour.

Comments
Topics mentioned in this article
India Cricket Team Sri Lanka Cricket Team Upul Tharanga Thisara Perera Suranga Lakmal India vs Sri Lanka 2017-18 Cricket
Get the latest updates on India vs England Series, India vs England , live score and IPL 2021 Auction . Like us on Facebook or follow us on Twitter for more sports updates. You can also download the NDTV Cricket app for Android or iOS.