Bhuvneshwar Kumar and Shikhar Dhawan were released from the India Test squad for the second Test due to personal reasons. 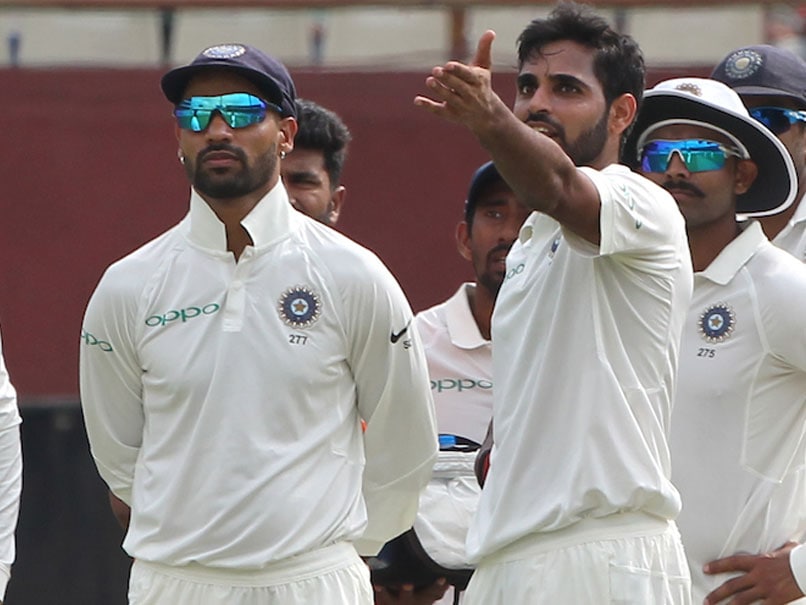 Bhuvneshwar Kumar and Shikhar Dhawan will not be part of India squad for 2nd Test vs Sri Lanka.© BCCI

Shikhar Dhawan and Bhuvneshwar Kumar opted out of the second Test due to personal reasons on Monday but that didn't stop the Indian duo from having some fun post the opening Test against Sri Lanka at the Eden Gardens in Kolkata. In a hilarious video posted on Instagram by Dhawan, the left-hander is seen teasing the Indian pacer about his upcoming marriage. To his credit, the Indian pacer manages to easily fend off Dhawan's bouncers. In the video, Bhuvneshwar also announced the date of his wedding to Nupur Nagar.

Dhawan confirmed the news of Bhuvneshwar's wedding and asked him a few questions about how he was feeling.

This is how Bhuvneshwar reacted.

Bhuvneshwar got engaged to Nupur Nagar on October 4 in a ceremony, which was attended by close family and friends. According to media reports, the engagement ceremony took place in Greater Noida.

"The BCCI would like to inform that Bhuvneshwar Kumar and Shikhar Dhawan have been released from India's Test team. The duo made a request to the selectors and the team management to release them owing to personal reasons," the release stated.

The Indian pacer was in top form during the opening Test against Sri Lanka. He was awarded the Man of the Match for his brilliant perfomance. The 27-year-old took four wickets in each innings and gave Sri Lanka a mighty fright on the final day.

Kohli was all praise for the pacer after the match.

"Bhuvneshwar has picked up pace. Bowls heavier balls than before and hits the right areas. He's grabbing his chances and is a massive contender to start every Test match for India. He'll do us good in overseas conditions, and not just in home conditions. He's going to be an important part of our plan going forward in all formats," said the India skipper in the post-match presentation ceremony.

Comments
Topics mentioned in this article
India Cricket Team Sri Lanka Cricket Team Bhuvneshwar Kumar Shikhar Dhawan India vs Sri Lanka 2017-18 Cricket
Get the latest updates on ICC Women's Cricket World Cup 2022 and IPL 2022, check out the Schedule , Live Score and IPL Points Table. Like us on Facebook or follow us on Twitter for more sports updates. You can also download the NDTV Cricket app for Android or iOS.