Rangana Herath, who last month became the first left-arm spinner to take 400 Test wickets, has been ineffective on this tour against India so far. 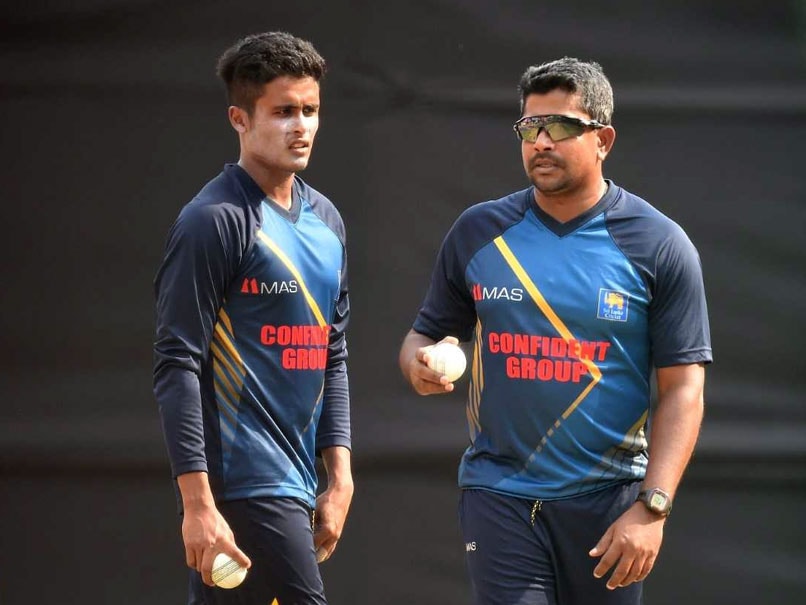 Jeffrey Vandersay has been included in the Lanka Test squad in place of Rangana Herath.© AFP

Veteran Sri Lanka spinner Rangana Herath was on Tuesday ruled out of the third Test against India due to a sore back, compounding the visiting team's problems in the ongoing series. Leg-break bowler Jeffrey Vandersay has been added to the touring squad as Herath's replacement. Sri Lanka, who were handed an innings and 239-run defeat by the hosts in the second Test in Nagpur, trail the three-match series 0-1. The third game is scheduled to be held in the national capital from December 2 to 6. It was learnt that left-arm spinner Malinda Pushpakumara was Sri Lanka's first choice to replace Herath but the 30-year-old failed the fitness test.

The 39-year-old Herath is due to fly back home on Thursday.

Herath, who last month became the first left-arm spinner to take 400 Test wickets, has been ineffective on this tour thus far.

In the first Test in Kolkata, Herath bowled only eight overs in seaming conditions but was required to send down 39 overs in the only innings that India batted in Nagpur, after which he complained of back pain.

Vandersay has played 11 ODIs and seven T20Is for Sri Lanka but is yet to make his Test debut.

Comments
Topics mentioned in this article
India Cricket Team Sri Lanka Cricket Team Rangana Herath Jeffrey Vandersay India vs Sri Lanka 2017-18 Cricket
Get the latest updates on IPL Auction 2023 and check out  IPL 2023 and Live Cricket Score. Like us on Facebook or follow us on Twitter for more sports updates. You can also download the NDTV Cricket app for Android or iOS.