Washington Sundar was fast-tracked into the India ODI side after Kedar Jadhav got injured. 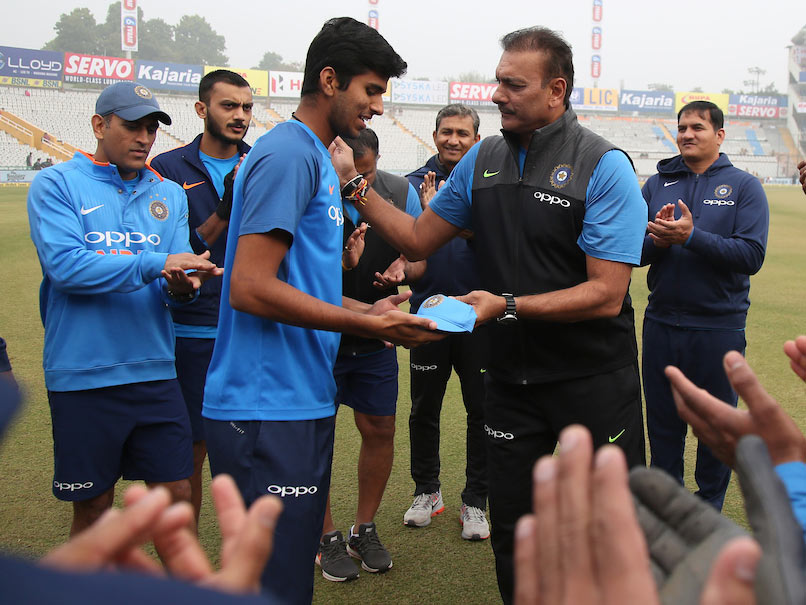 Washington Sundar is the seventh-youngest cricketers to make his debut for India.© BCCI

Washington Sundar, who made his debut for the Indian One-day International team in the 2nd ODI against Sri Lanka at Mohali on Wednesday possibly, paves the way for the next potential star for Team India. The 18-year-old, the seventh-youngest cricketers to make his debut for India, was quite the revelation in the last edition of the India Premier League (IPL), where he was one of the success stories for Rising Pune Supergiant. Sundar was not in the reckoning till about a week ago, when he was drafted as a replacement for the Kedar Jadhav and now suddenly finds himself in the Indian XI, in place of chinaman bowler Kuldeep Yadav.

We have a new kid on the block. Washington Sundar is all set to make his ODI debut here in Mohali #TeamIndia #INDvSL pic.twitter.com/VxquVkgSIa

Sundar first made the T20 team for the upcoming T20 series against Sri Lanka before being named a last minute replacement for the injured Kedar Jadhav in the ongoing ODIs, after having initially been named in the Indian T20 squad alone.

"It has been my fourth day to be precise but I do not feel that I just became part of the team. I knew lot of players before, have played with Mahi bhai (Dhoni) in the IPL," Sundar said when asked about his sudden move into the side.

"I would definitely have to be ready to bowl 10 overs of off spin and contribute with the bat no matter what position the team is in," he had said.

Now the Tamil Nadu youngster, who has improved in leaps and bounds, has his first opportunity to put his words to good effect.