I Have The Game To Play For India, Says 18-Year-Old Washington Sundar

Washington Sundar says an unflinching belief in his game has helped him break into the Indian team. 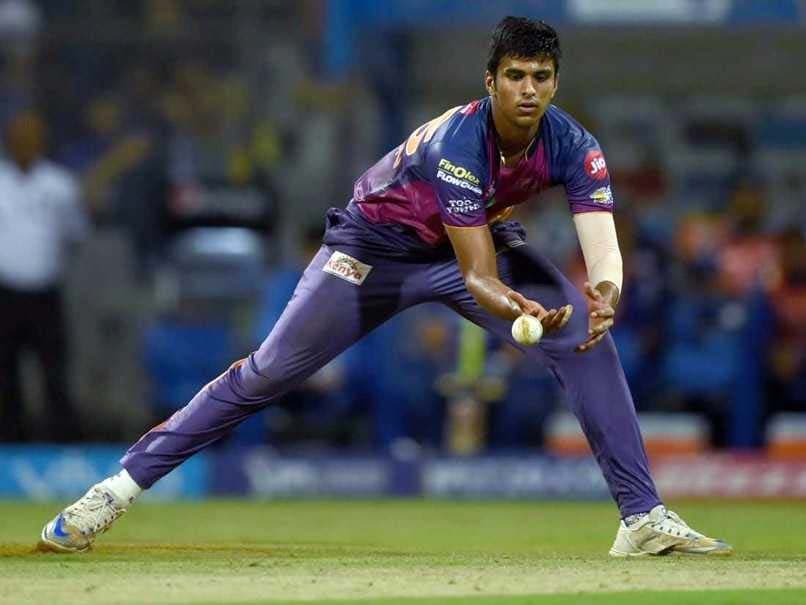 Washington Sundar, who was named as a replacement player for injured Kedar Jadhav, is relishing his dream to play for India and says an unflinching belief in his game has helped him break into the Indian team. Not so long ago the Chennai player flunked the mandatory Yo-Yo test to make the national team, but he worked hard on his fitness to convince the selectors. "For any cricketer, playing for India is the ultimate dream. As an 18-year-old, I have got the opportunity to play for India and it is a great feeling. I trust a lot in my preparation and it has paid off."

Sundar first made the T20 team for the upcoming T20 series against Sri Lanka before being named a last minute replacement for the injured Kedar Jadhav in the ongoing ODIs.

Sundar, who bowls off-spin and bats left-handed, is unlikely to get a game in the series but is relishing his time in the Indian dressing room.

"It has been my fourth day to be precise but I do not feel that I just became part of the team. I knew lot of players before, have played with Mahi bhai (Dhoni) in the IPL.

They all made me feel at home," said Sundar ahead of the second ODI against Sri Lanka.

Though he failed the fitness test, Sundar said he always believed in his ability. What if he is just 18.

Sundar attracted attention with his performances in the IPL, helping Dhoni-led Pune Supergiants reach the final. But it was not enough to play for India, so, he worked harder on all aspects of his game.

"I went back, prepared a lot, trained a lot on aspects, where I needed to. It paid off. I started bowling more and spent extra time on my batting. And fitness also as you know it has become a very important aspect of this Indian team," said the Tamil Nadu all-rounder, who made his first-class debut last year before playing his first List A game this March.

Talking about his potential role in the Indian team, Sundar knows he has to perform both with bat and ball whenever he gets an opportunity.

"I would definitely have to be ready to bowl 10 overs of off spin and contribute with the bat no matter what position the team is in."

Named as Jadhav's replacement, Sundar joined the team in Dharamsala, where the batting failed miserably in pace-friendly conditions.

It is not as cold here in Mohali, but cold enough for the ball to do a bit. It rained heavily on Monday, bringing the extra chill in the air as the groundstaff covered the entire field of play.

Barring Dhoni, the Indian batsmen were all at sea against the moving ball in Dharamsala but Sundar said such kind of surfaces are elsewhere too in the country.

"You do see a lot of wickets like that. In a domestic season, you get to play two games on tracks similar to Dharamsala. The way Mahi bhai batted was great, he went on the counter attack. Another 60-70 runs would have made a lot of difference," said Sundar.

Comments
Topics mentioned in this article
India Cricket Team Sri Lanka Cricket Team Rohit Sharma Thisara Perera Upul Tharanga Punjab Cricket Association Stadium, Mohali India vs Sri Lanka 2017-18 Cricket
Get the latest updates on IPL Auction 2023 and check out  IPL 2023 and Live Cricket Score. Like us on Facebook or follow us on Twitter for more sports updates. You can also download the NDTV Cricket app for Android or iOS.