Rohit Sharma, leading India in Virat Kohli's absence, made amends for his failure in the 1st match with a fine hundred in the 2nd ODI vs Sri Lanka. 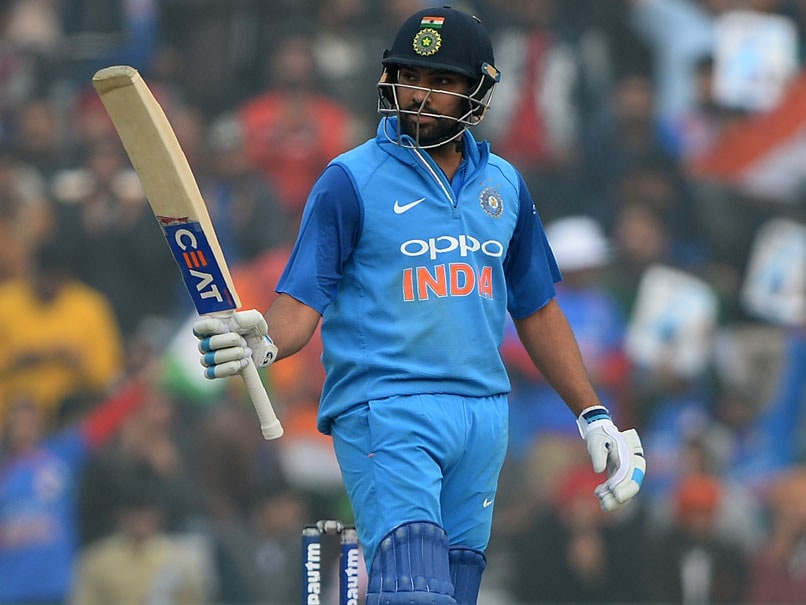 Rohit Sharma destroyed the Sri Lankan bowling attack to score the 3rd double-century of his ODI career as India ended at a mammoth 392/4 in the 2nd ODI of the three-match series against Sri Lankaat the Punjab Cricket Association (PCA) Stadium in Mohali on Wednesday. Sent in to bat after Sri Lankan captain Thisara Perera won the toss, Sharma, who is leading the side in the absence of regular skipper Virat Kohli, who was away in Italy for his marriage, made amends for a poor outing in the first ODI at Dharamsala with a sensational double-ton.

LIKE A BOSS! THIRD double century in ODIs. The first man to scale Mt.200 on three occasions in ODIs. Stand up and Salute @ImRo45 #TeamIndia #INDvSL pic.twitter.com/7GrZKtv2DA

With this knock of 208 not out, Sharma has decisively made himself an icon when it comes to batting in limited-overs cricket. His three double-centuries are unlikely to be touched in a hurry, as no other batsman has even two and some of them have retired.

Sharma first crossed the double-ton landmark on November 3, 2013, as he scored 209 against Australia at the M. Chinnaswamy Stadium in Bengaluru.

Sri Lanka then felt the power of his broad blade twice, as he first hammered 264 against them at the Eden Gardens in Kolkata on 14 November, 2014.

Then comes this, his third double-century, also against Sri Lanka, on December 13, which incidentally is also Sharma's second marriage anniversary.

Sharma had a poor outing in the first match in Dharamsala, as had the rest of the batsmen barring Mahendra Singh Dhoni. The skipper was keen to make amends quickly.

"We were not up to the mark with the bat. 70-80 runs more and it would have been a different ball game. It is important to thrive in these conditions and come out good. It is an eye opener for all of us," Sharma had said after the 1st ODI.

Sharma and fellow-opener Shikhar Dhawan put together 115 runs for the first wicket as the duo put the Sri Lankan attack to sword.

Sharma found another able partner in Shreyas Iyer, who is holding the crucial No. 3 slot in line-up, to put together another big total as the Indians headed for a massive score.

Comments
Topics mentioned in this article
India Cricket Team Sri Lanka Cricket Team Rohit Sharma Cricket Punjab Cricket Association Stadium, Mohali India vs Sri Lanka 2017-18
Get the latest updates on ICC Women's Cricket World Cup 2022 and IPL 2022, check out the Schedule , Live Score and IPL Points Table. Like us on Facebook or follow us on Twitter for more sports updates. You can also download the NDTV Cricket app for Android or iOS.