The humiliating loss in the 1st ODI in Dharamsala was not just a danger signal for the series but also raises questions about the series in South Africa, where the conditions won't be great for the batsmen. 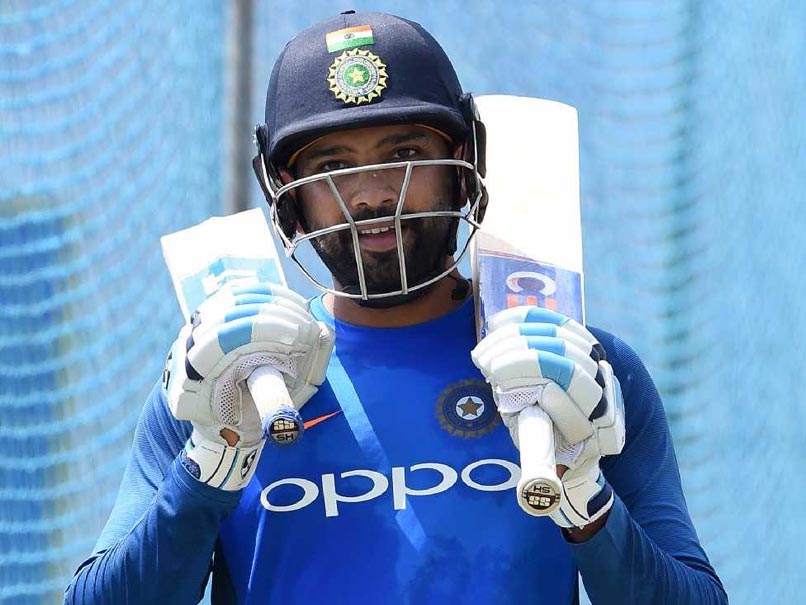 Rohit Sharma will expect a high-quality performance from his boys vs Sri Lanka.© AFP

Team India is, for a change, not in the limelight as far as cricket is concerned. Captain Virat Kohli and long-time girlfriend Anushka Sharma got married in Italy on Monday and the entire attention of cricket fans, the media and everyone else is by an large focused on that. That leaves the side in a relatively unfamiliar situation of preparing for a must-win match as they take on Sri Lanka in the 2nd ODI of the three-match series at the Punjab Cricket Association (PCA) Stadium in Mohali on Wednesday.

The humiliating loss in the 1st ODI in Dharamsala was not just a danger signal for the series but also raises questions about the series in South Africa, where the conditions won't be great for the batsmen.

Proving that the opening day surrender to Sri Lanka pacers at the Eden Gardens was no aberration, the Indian batting stood exposed once again against the moving ball.

Mohali won't be as cold as Dharamsala but the pacers should come into play considering it is another 11:30 a.m. start to the day-night affair.

In that case, it will be another test for the Indian batsmen if the home team happens to bat first in a must-win contest.

After the experienced Rohit Sharma and Shikhar Dhawan fell early, it was an ideal opportunity for the likes of Shreyas Iyer, Dinesh Karthik and Manish Pandey to weather the initial storm and make a big score.

However, they all came a cropper and if it was not for Dhoni's fighting 65, India could well be out for their lowest ever total.

If it was one person, who would be gutted looking at his teams' performance, it would be Kohli, who opted out of the series to get married to Anushka in Italy.

Rohit, leading the side in Kohli's absence, was not amused either in his first ODI as captain. Though, he promised that the team will learn from Dharamsala debacle and bounce back in the remaining two games.

"It is important to thrive in these conditions and come out good. It is an eye-opener for all of us," Rohit had said after the seven-wicket loss.

He is unlikely to tinker with the playing eleven but there is a possibility that Ajinkya Rahane is picked to shore up the inexperienced batting, especially the middle-order. Rahane sat out of the opening game as the team management only sees him as the back-up opener in the presence of Sharma and Dhawan.

However, he has batted in the middle-order in a few games out of the 84 ODIs he has played.

In the bowling department, the worry for India will be the performance of Hardik Pandya, who again leaked runs as the hosts tried to defend a paltry 112.

He is picked as the bowling all-rounder for the South Africa Test series and needs to be at the top of his game ahead of the crucial tour starting next month.

Considering Sri Lanka cantered to victory in 20.4 overs, spinners Yuzvendra Chahal and Kuldeep Yadav did not come on to bowl. They would be itching to get back into action after a month's gap.

The win must have done a world of good to the islanders' confidence after the beating they have taken at the hands of India at home and away this season.

Lakmal was lethal again on a helping pitch while Angelo Mathews too made a promising return with the ball.

Also effective on a seaming surface was pacer Nuwan Pradeep. The batting too clicked and completed the modest chase rather comfortably.

Comments
Topics mentioned in this article
India Cricket Team Sri Lanka Cricket Team Cricket India vs Sri Lanka 2017-18 Virat Kohli
Get the latest updates on ICC Women's Cricket World Cup 2022 and IPL 2022, check out the Schedule , Live Score and IPL Points Table. Like us on Facebook or follow us on Twitter for more sports updates. You can also download the NDTV Cricket app for Android or iOS.