For Virat Kohli And Anushka Sharma, Wishes Pour In From Cricketers Across The Border

Anushka will accompany Virat to South Africa where he will prepare for India's forthcoming tour there which is taking place early next year. 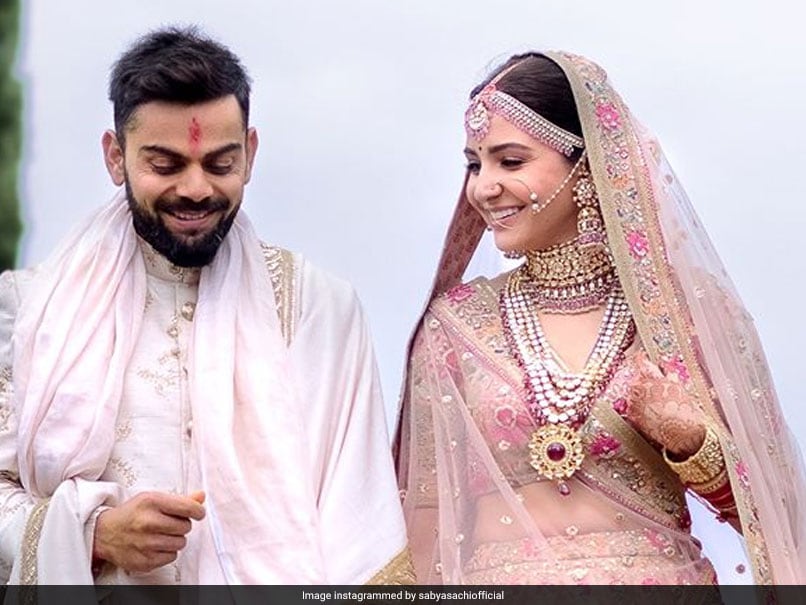 Indian cricket captain Virat Kohli and actress Anushka Sharma married in Italy on Monday, ending weeks of frenzied speculation. Stars from the world of Bollywood and cricket were quick to congratulate the new husband and wife after they tweeted photos to announce the news of their wedding. Apart from Virat's India teammates, several Pakistani cricketers too took to Twitter to pour in their good wishes. The likes of Shoaib Akhtar and Shahid Afridi, who are known to share a good equation with Virat, congratulated the couple.

Congratulations to @imVkohli & @AnushkaSharma on their newly married life. May it be a journey full of happiness & good luck for your new innings bro.

Congratulations @imVkohli @AnushkaSharma on your wedding. May God Bless you two and give you happiness and a rewarding married life.

Congratulations to you both and much happiness on your wedding day. May your love shine warmly forever @imVkohli @AnushkaSharma

The ceremony was performed according to Hindu rituals.

The couple will host a reception in New Delhi for relatives on December 21, followed by a celebration in Mumbai on December 26 to be attended by Bollywood stars and cricketers.

Afterwards, Anushka will accompany Virat to South Africa where he will prepare for India's forthcoming tour there which is taking place early next year.

The statement added that after spending New Year's Eve together Anushka will return to Mumbai in the first week of January to resume her acting commitments.

They will live in Mumbai's Worli, where Kohli had reportedly bought a luxury, sea-view apartment last year.

The pair, dubbed "Virushka" by fans and media, are one of the highest profile couples in the country.

The media has always been gripped by their four-year relationship, which included a reported break-up in early 2016, and rumours of their impending nuptials started swirling recently.

They were triggered when Virat pulled out of India's limited-overs matches against Sri Lanka and Anushka also ducked out of her busy acting schedule in December.

Then last week Anushka and her family were seen at Mumbai's international airport, apparently heading for a European destination.