The second ODI is scheduled to be played on March 15 in Lucknow, while the third and the final match of the series will be played in Kolkata on March 18. 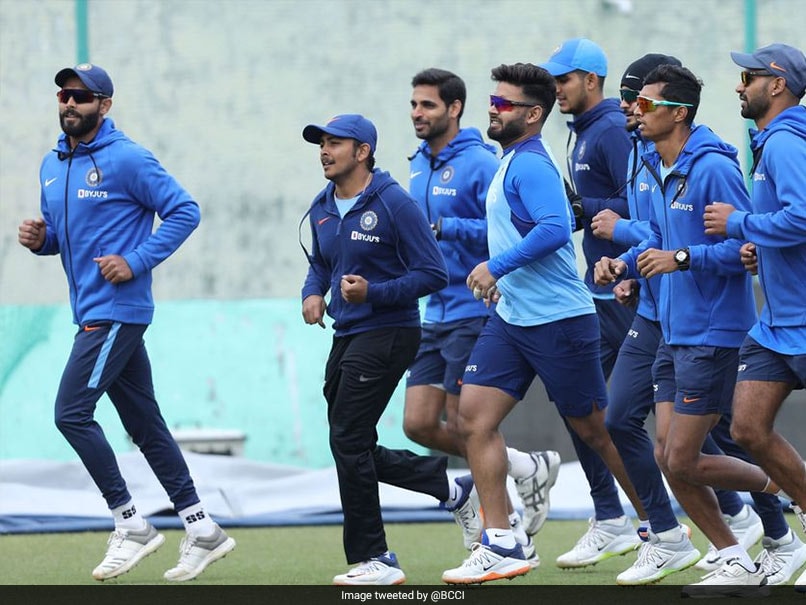 Indian team will travel to Lucknow for the second ODI to be played on March 15.© Twitter

The remaining two one-dayers between India and South Africa will be played in empty stadiums in Lucknow and Kolkata due to the dreaded novel coronavirus pandemic. The matches are scheduled to be held on March 15 (Lucknow) and March 18 (Kolkata). While the Uttar Pradesh Cricket Association (UPCA) confirmed that Lucknow ODI will be held behind closed doors, the Cricket Association of Bengal (CAB) has also put ticket sales on hold with immediate effect, an indicator of things to come. The sports ministry has issued an advisory that in case it's unavoidable to postpone a sporting event, then it is preferable that it be conducted without a large public gathering.

"The BCCI is in receipt of the sports ministry's advisory. Obviously, if we are advised to avoid large gatherings, we will have to abide by it," a BCCI source told PTI on conditions of anonymity.

UPCA secretary Yudhveer Singh confirmed the development to the reporters in Lucknow on Thursday.

"After receiving the government advisory, we had a discussion with BCCI officials and then decided that spectators will be barred from entering the stadium during second ODI between India and South Africa on March 15," Yudhveer said.

The Cricket Association of Bengal (CAB) has decided to put ticket sales on hold, informed president Avishek Dalmiya, who also met Chief Minister Mamata Banerjee at the state secretariat in Kolkata to discuss the prevailing situation.

"I met our honourable CM at the secretariat. We would like to adhere to the government directive that has been issued today and we are stopping all ticket sales with immediate effect. We will wait till further directive," Dalmiya told PTI from Kolkata.

So, isn't it a foregone conclusion that the matches will be played in empty stadiums?

"I wouldn't like to make any premature comment. As of now, we will stop ticket sales till further directive. That's how it stands as of now," Dalmiya said.

In case, the matches are held behind closed doors, then only TV crew, commentators and journalists will be allowed inside the stadium, apart from the players and support staff.

The BCCI is starting with its closed-door policy as the fifth day of the Ranji Trophy final will be played in an empty stadium in Rajkot.

South Africa Cricket Team India vs South Africa 2020 India vs South Africa, 2nd ODI Cricket
Get the latest updates on ICC T20 Worldcup 2022 and CWG 2022 check out the Schedule, Live Score and Medals Tally. Like us on Facebook or follow us on Twitter for more sports updates. You can also download the NDTV Cricket app for Android or iOS.