Former India head coach Ravi Shastri shared his thoughts on Rohit Sharma's captaincy. He said the opening batter is not "overawed" by the situation and always does what is the best for team. 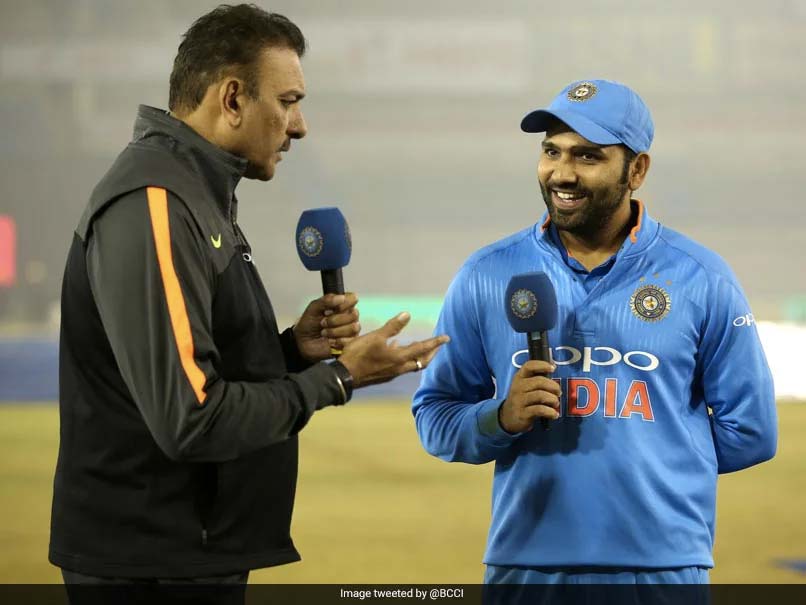 Former India head coach Ravi Shastri shared his thoughts on Rohit Sharma's captaincy. Shastri, who has worked with Rohit closely for the last few years, said the opening batter is not "overawed" by the situation and always does what is the best for team. Rohit was appointed as India's full-time limited-overs captain on Wednesday. The right-hander will take over from Virat Kohli in the three-match ODI series in South Africa in January next year. "Rohit is not overawed; he always does what is best for the team. He marshalls all the resources of the team unlike, let's say, in football," Shastri told The Week. The former all-rounder's comment had come before BCCI made the announcement of Rohit's appointment.

Rohit, IPL's most successful captain, has a stellar record as an international skipper too. He has captain India in 32 limited-overs matches so far out of which, he has won 26. Under Rohit's captaincy India won multi-nation tournaments like the Nidahas Trophy and the Asia Cup in 2018.

Rohit's appointment as the full-time ODI and T20I captain and elevation as a vice-captain in the Test side replacing Ajinkya Rahane, gives indication that Indian cricket is going through a change in the leadership group.

The Indian selectors wanted to give Rohit time to build a team for the upcoming T20 World Cup in Australia followed by the ODI World Cup in India in 2023. Rohit will also have to work closely with India's new head coach Rahul Dravid, whose coaching journey got off the perfect start with comprehensive series wins against New Zealand in both the T20Is and Tests.

How Kohli the batter regains his supremacy in white-ball format will also be a key factor in India's success in limited-overs cricket.

When asked about Kohli's captaincy, Shastri said he was "tactically sound captain."

"At the end of the day, he has been a tactically sound captain. Efficient. People will always judge you by results, or not by how you got the runs, but how many runs you scored. He has evolved well; he has matured as a player. It is not easy being captain of the Indian team. He should feel proud of what he has achieved," he said.

Virat Kohli Ravi Shastri India vs South Africa 2020 South Africa vs India 2021/22 Cricket
Get the latest updates on ICC T20 Worldcup 2022 and CWG 2022 check out the Schedule, Live Score and Medals Tally. Like us on Facebook or follow us on Twitter for more sports updates. You can also download the NDTV Cricket app for Android or iOS.