1st ODI: India-South Africa Series Opener Called Off Due To Rain In Dharamsala

The first ODI between India and South Africa was on Thursday abandoned without a ball being bowled due to incessant rain in Dharamsala. 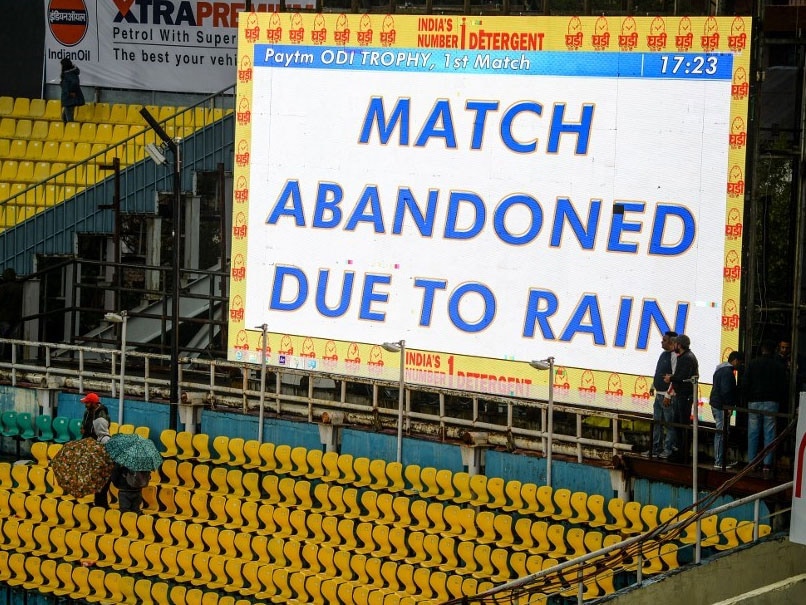 The first ODI was called off due to inclement weather in Dharamsala.© AFP

The first ODI between India and South Africa was on Thursday abandoned without a ball being bowled due to incessant rain in Dharamsala. It was the second match in less than six months to be abandoned at the picturesque Himachal Pradesh Cricket Association (HPCA) Stadium because of inclement weather. Incidentally, that match was also an India-South Africa clash in September last year. The first ODI of the three-match series was always in doubt after the weatherman forecast widespread rains and thundershowers over the region on Thursday and Friday because of fresh western disturbance over north Pakistan and adjoining Jammu and Kashmir.

Fans and organisers had offered prayers at the Indrunag Temple in the hills overlooking the stadium in an attempt to appease the rain gods.

Heavy rain had also lashed the hill town just after the two teams' practice sessions on Wednesday, forcing the organisers to cover the entire playing area.

If that was not enough, it rained the entire night on the eve of the match. It was overcast for major part of the day and heavens opened up just before the start.

It rained on and off after that, forcing the toss to be delayed and bringing ground staff into action.

The rain was not that heavy but was enough for water to accumulate, forcing organisers to press three super-soppers into action.

But despite working tirelessly, the ground staff failed to clear the ground, forcing the on-field umpires to call off the match.

The cut-off time for a 20-over game was 6.30pm (IST) but the on-field umpires made their final inspection and decided to abandon the match much before that.

The novel coronavirus outbreak and adverse weather conditions affected ticket sales as well. The second ODI of the series will be played in Lucknow on March 15 while the third and final match will be in Kolkata's iconic Eden Gardens on March 18.

Quinton de Kock India vs South Africa 2020 Cricket India vs South Africa, 1st ODI
Get the latest updates on ICC T20 Worldcup 2022 and CWG 2022 check out the Schedule, Live Score and Medals Tally. Like us on Facebook or follow us on Twitter for more sports updates. You can also download the NDTV Cricket app for Android or iOS.