The final day of the Ranji Trophy summit clash between Bengal and Saurashtra will be played without any spectators due to the coronavirus pandemic. 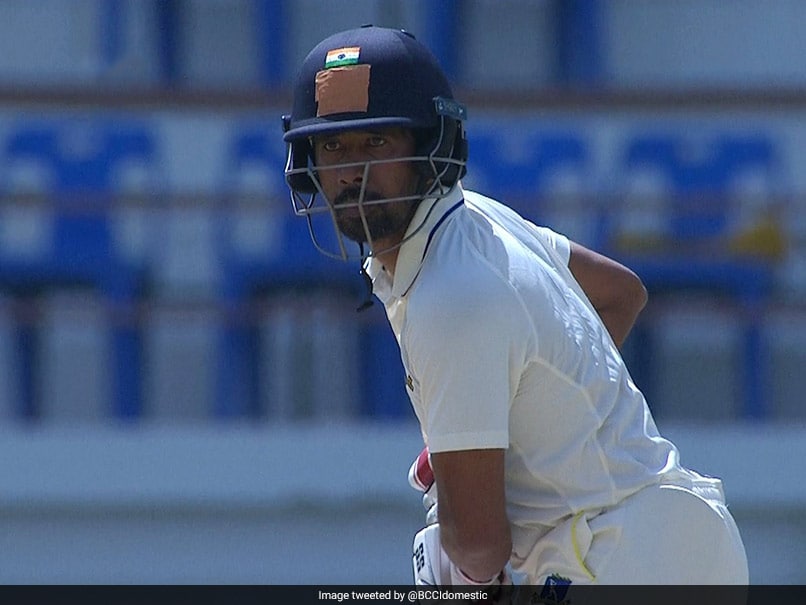 Bengal are bidding for their first Ranji Trophy title since 1989-90.© Twitter

The final day of the Ranji Trophy summit clash between Bengal and Saurashtra will be played without any spectators due to the COVID-19 pandemic, the BCCI said on Thursday. "No public will be allowed on the final day. Only the players, match officials, officials from the host association and media are allowed," BCCI general manager Saba Karim, who is in charge of domestic cricket, told PTI. The decision came after the Sports Ministry's advisory to all NSFs to follow the Health Ministry's advisory and avoid large gatherings in sports events. The government's directive is unlikely to have a huge impact on the final day's proceedings with only a handful of spectators coming to watch the action on the previous four days.

Bengal are aiming for their first title since 1989-90 while Saurashtra are eying their maiden trophy.

After a drab three days, Thursday witnessed absorbing action with both teams fighting to take the first innings lead, which will effectively decide the Ranji Trophy winner.

Bengal, who have four wickets in hand, need 72 runs to overcome Saurashtra's 425 for the all-important first innings lead.

The decision to not allow fans to watch day five of Ranji Trophy final comes after a host of sporting events have been cancelled around the world or are being conducted in empty stadiums to tackle the Coronavirus threat.

Italy, the worst-hit country in Europe, has cancelled all sporting events at least till April 3.

The National Basketball Association (NBA) in the United States has suspended the ongoing season after one of its players tested positive for COVID-19.

In India, the national cricket team's home ODIs against South Africa in Lucknow and Kolkata are likely to be played behind closed doors after the series opener was washed out in Dharamsala on Thursday.

Foreign players due to take part in the IPL beginning March 29 will be unavailable at least till April 15 due to government-imposed visa restrictions.