Virat Kohli-led India clinched the 3-match series vs South Africa to become the first team in the history of cricket to win 11 consecutive Test series at home. 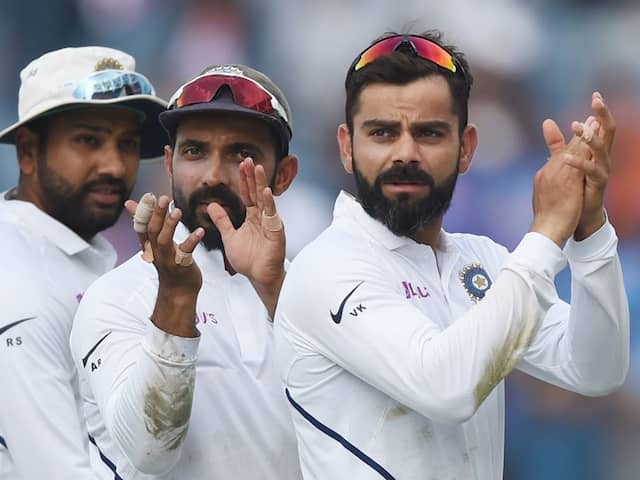 Virat Kohli's brilliant unbeaten double century paved the way for India's record series win over South Africa in Pune. India beat the visiting South Africans by an innings and 137 runs in the second Test to clinch the three-match series with one match still to play. With the win in Pune, India became the first team in the history of cricket to win 11 consecutive Test series at home. And while Virat Kohli's captaincy has been a topic of debate for many, especially after India's World Cup 2019 exit, the Indian skipper received high praise from all quarters. Former Pakistan pacer Shoaib Akhtar was effusive in his praise for Virat Kohli, even going to the extent of terming India's run-machine as the "best captain in the world at the moment, miles above the rest in current era".

Speaking on his YouTube channel, Shoaib Akhtar said: "I had earlier said that Virat Kohli will become a good captain after the World Cup because he is learning from his mistakes. He is learning well. He has learnt how to sort out India's batting order and team composition. Virat Kohli is the best captain in the world but around him there are so many poor captains."

"World is about mediocre captaincy nowadays. It's very disheartening to see that there are not many great captains in the world anymore apart from Kane Williamson and Virat Kohli. One thing I like about Virat Kohli is that he is a fearless captain. Virat Kohli ran all over South Africa. They (India) have become the best team in the world. They have a great, fearless captain. He puts his country before himself," added the former Pakistan cricketer.

Virat Kohli too achieved some big landmarks in the second Test, courtesy his highest Test score of 254 not out.

Virat Kohli Shoaib Akhtar India vs South Africa, 2019 Cricket
Get the latest Cricket news, check out the India cricket schedule, Cricket live score . Like us on Facebook or follow us on Twitter for more sports updates. You can also download the NDTV Cricket app for Android or iOS.