India bettered their joint-record for most consecutive Test wins at home with the 2-0 series victory over South Africa. 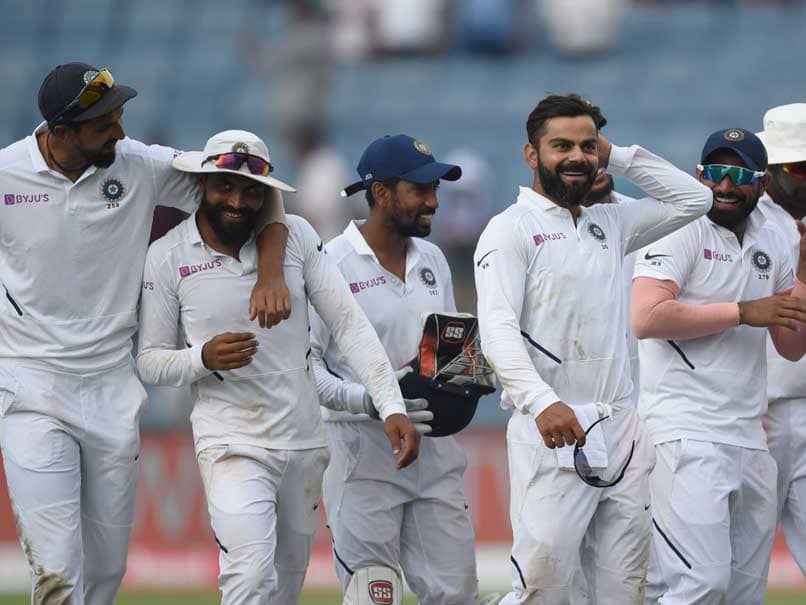 India showcased brilliant all-round performance to beat South Africa by an innings and 137 runs in the second Test at the Maharashtra Cricket Association Stadium in Pune on Sunday. By the virtue of the victory, India clinched the three-Test series 2-0, thereby setting a new world record of most consecutive Test series wins at home. India have now won 11 straight Test series at home to better their joint-record which they held with Australia, who twice won 10 home series in a row -- from 1994 to 2001 and 2004 to 2008. After India enforced the follow-on on South Africa on Day 4 morning, the visitors immediately found the going hard and were finally bundled out for 189 runs in the second innings with Umesh Yadav and Ravindra Jadeja picking three wickets each.

South Africa began the day on a sloppy note, losing Aiden Markram on the second ball of the day to Ishant Sharma. His fellow opening partner and centurion in the first innings Dean Elgar tried to hold the fort for the visitors but he fell to a rash shot on 48 off Ravichandran Ashwin's bowling. 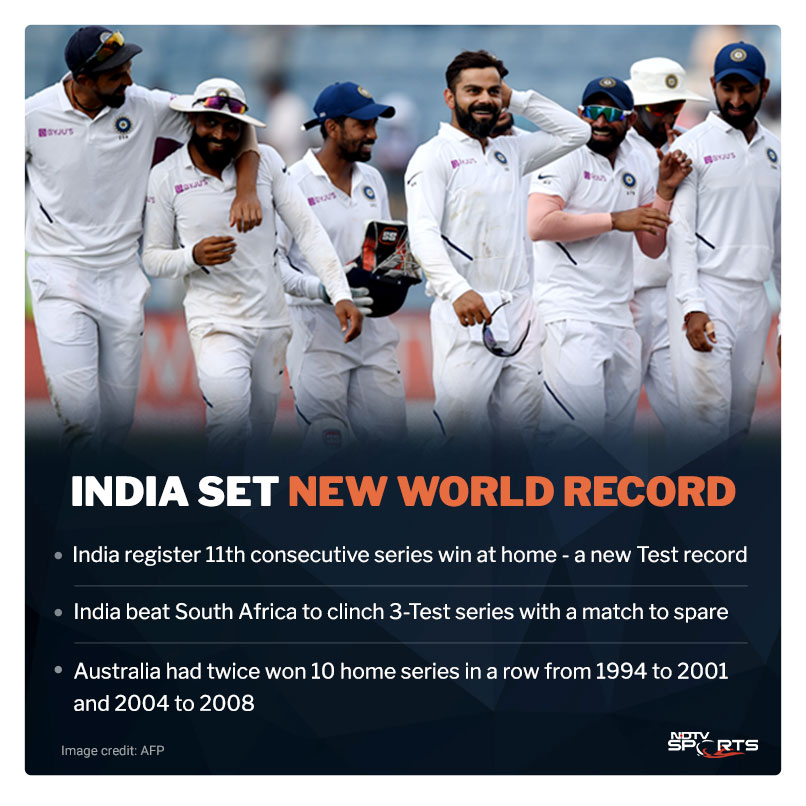 Theunis de Bruyn (8) and Faf fu Plessis (5) couldn't add much to the South African scoreboard as they were sent back in quick succession.

Later, Temba Bavuma (38) and Keshav Maharaj showed some resolve for the visitors but that too didn't last long. Keshav Maharaj (22) again contributed at the fag end of the innings but it was not enough to stop hosts India's charge.

With the series win, India have now begun the home leg of the World Test Championship with a dominating victory to consolidate their top spot.

India will next host South Africa in the third Test starting from October 19 in Ranchi.