Rohit Sharma Shouts "Not Now" Before Scoring 6th Test Century. Find Out Why 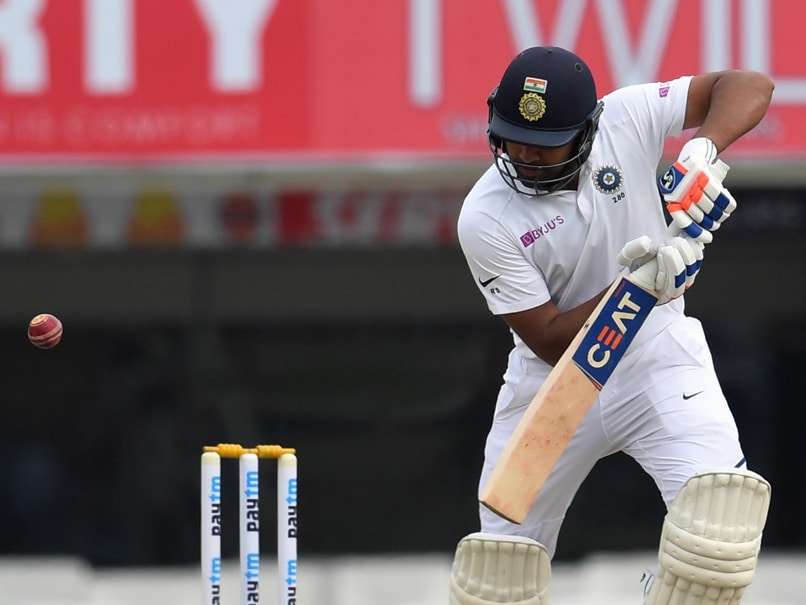 Rohit Sharma remained unbeaten at 117 runs at stumps on Day 1 in Ranchi.© AFP

Rohit Sharma scored his sixth Test century in the ongoing third Test against South Africa in Ranchi on Saturday. In the 45th over, when Rohit Sharma was at the non-striker's end, batting on 95, light showers greeted the players in Ranchi. Soon after Rohit reached the magical three-figure mark, a video went viral on social media where the 32-year-old can be seen looking at the sky and shouting "not now". With the rain threat looming, Rohit smashed Dane Piedt straight over his head for a maximum to bring up his third century of the Test series against South Africa.

Rohit Sharma the ball before his ton. Shouting 'Not now' as the rain begun to fall. Next ball - Six to bring up his 100 pic.twitter.com/firwEnZIPy

With his third score of 100-plus in the ongoing Test series against South Africa, Rohit equalled Sunil Gavaskar's record of most number of centuries in a series by an Indian opener.

The right-handed batsman also went past Shimron Hetmyer to become the player with most number of sixes in a Test series. For India, this record was previously held by Harbhajan Singh, who had hit 14 sixes against New Zealand in 2010.

Earlier, India won the toss and elected to bat. Kagiso Rabada struck twice inside the first 10 overs to put India on the backfoot.

Anrich Nortje got his first international wicket as he dismissed Virat Kohli for 12, leaving India at 39 for three at one stage.

Ajinkya Rahane, India's vice-captain, then joined Rohit Sharma in the middle and weathered the storm in the first session.

Rahane and Rohit then capitalised in the second session and put on 150-plus stand at Tea on Day 1.

Bad light and rain forced the officials to call off play with over 30 overs left in the day. India finished the opening day at 224 for three. Rohit Sharma is not out on 117 while Rahane, eyeing his 11th Test century, is batting on 83.

Rohit Sharma India vs South Africa, 2019 Cricket
Get the latest updates on Fifa Worldcup 2022 and check out  Fifa World Cup Schedule, Stats and Live Cricket Score. Like us on Facebook or follow us on Twitter for more sports updates. You can also download the NDTV Cricket app for Android or iOS.