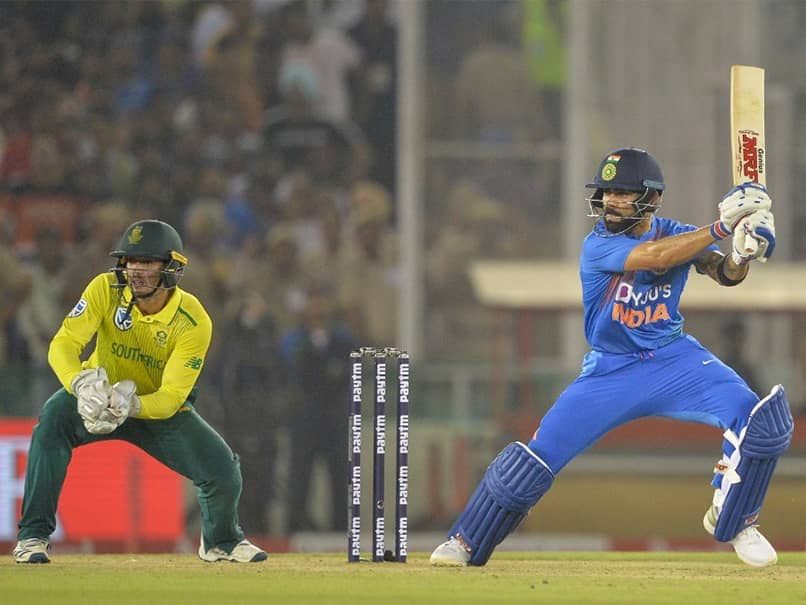 Virat Kohli's unbeaten 72 off just 52 balls helped India beta South Africa by seven wickets in the second Twenty20 International in Mohali on Wednesday. Chasing a target of 150, the opening pair of Shikhar Dhawan and Rohit Sharma gave India a flying start as they added 30 runs in the first three overs. Rohit fell cheaply inside powerplay for 12 runs. Dhawan, however, stitched over 50-run partnership with the Indian skipper and got India to a strong position. From there on South Africa kept chasing the game. Kohli, in the process also, went past Rohit to become the leading run-scorer in T20Is. India will now take field for the series decided in Bengaluru on Sunday. (SCORECARD)