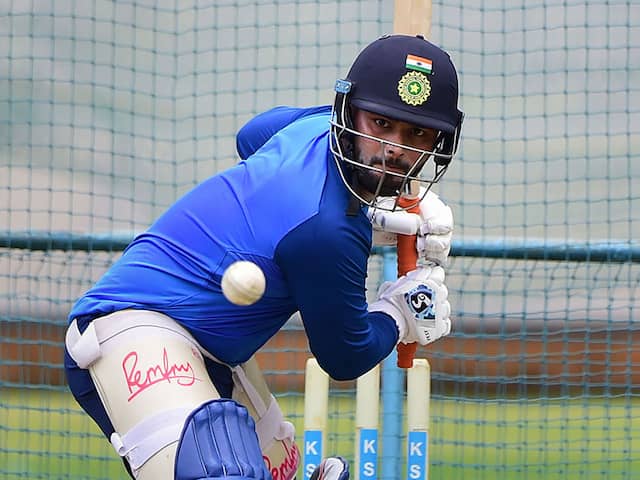 Former India batsman Gautam Gambhir criticised the national team's management over their handling of wicketkeeper-batsman Rishabh Pant. The youngster has come under the scanner after a string of inconsistent performances where he lost his wickets to callous strokeplay. Both India head coach Ravi Shastri and batting coach Vikram Rathour had spoken about Pant needing to be more careful with the willow after India's tour of the West Indies. "Personally, I have always backed Sanju Samson ahead of Rishabh for wicketkeeper-batsman's role but it is disappointing to see the team-management using words like 'from fearless to careless', 'rap on Rishbah's knuckles' and 'need for a backup of Rishabh'," Gambhir wrote in his column for Times of India.

"This is no way to handle a young human resource. Everyone wants him to play 'sensible' cricket," the World Cup winner added. "I don't know what that means. What I do know is that the boy is now playing for survival rather than scoring runs. From the outside it seems that his mindset is all over the place. Someone needs to put an arm around his shoulder and tell him that he is wanted in the team," Gambhir wrote.

Ahead of India's second T20I match against South Africa, Ravi Shastri had warned the 21-year-old of a "rap on his knuckles" if he continued to play rash shots and Vikram Rathour echoed his sentiments, saying the youngster should play fearless cricket but not careless cricket.

In the second T20I in Mohali, Pant, sent in at number 4, failed to impress yet again, slicing a ball to short fine leg.

Chairman of selectors MSK Prasad said after the match that backups for Pant were being groomed across all formats.

India will take on South Africa in the third T20I match in Bengaluru today and will hope to seal the series, which they lead 1-0.