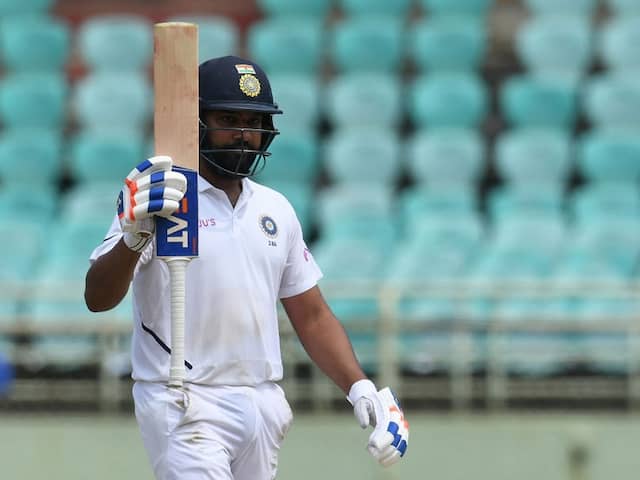 IND Vs SA Highlights: Rohit Sharma departed after scoring his second century of the match.© AFP

South Africa finished the day needing 384 runs to win after India set South Africa a target of 395 with around 13 overs to play on Day 4. Ravindra Jadeja gave India an early breakthrough, trapping Dean Elgar in front of the stumps. Powered by Rohit Sharma's second ton of the match and a solid 81 from Cheteshwar Pujara, India looked in complete control for much of the second innings. Quick knocks from Ravindra Jadeja, sent in to bat at number 4, Virat Kohli and Ajinkya Rahane helped India to a total of 323/4 before they declared. Earlier, Ravichandran Ashwin picked up the two remaining South Africa wickets on Day 4, taking his tally to seven for the match. A gritty 33 by debutant Senuran Muthusamy was the only resistance South Africa could put up in the morning session before Ashwin knocked them over. (SCORECARD)