Wasim Akram is looking forward to a smooth series between India and Pakistan without any trouble despite radicals threatening to take action. 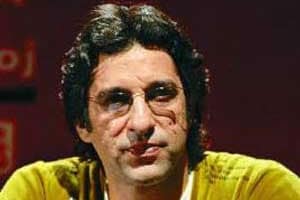 Fast bowling legend Wasim Akram said on Tuesday he was confident Pakistan's hotly-anticipated tour of India next month would pass off safely and urged the two sides to use threats by Hindu radicals as motivation.

Pakistan will meet their arch-rivals in five one-day internationals and two Twenty20s in December and January, their first full series since 2007, but Indian Hindu groups have urged Delhi to cancel and threatened protests.

India halted all bilateral cricket with Pakistan after Mumbai, but earlier this month approved the short tour announced by the Board of Control for Cricket in India (BCCI) in July.

Wasim, one of the sport's greatest ever bowlers and now popular in India as a commentator, said he was hopeful of a trouble-free tour.

"I can't wait for this tour to happen," Wasim told AFP. "I am confident that the Indian government will make this tour a happy and safe one for our team because the whole world is waiting for this and want it to be series reviving one."

Wasim said all threats should act as motivation for both the countries.

"We toured India despite threats," said Wasim, who led Pakistan on the India tour in 1999 despite Shiv Sena activists dug up the pitch at the Delhi stadium, forcing officials to move the first Test to Chennai.

"We had full confidence in Indian security and that tour came off very well and I am sure this time too India will make sure it go untroubled."

Wasim said that after a break of five years, the cricket-mad Indian public were desperate to see their side take on their old rivals.

"The whole of India is keenly waiting for this tour to happen and I am sure come December 25 they will thong the stadium," said Wasim of the first Twenty20 in Bangalore. "I am sure Indian fans will give a good response to our team."

Ahmedabad will host the second Twenty20 on November 27 followed by one-day in Chennai (December 30), Kolkata (Jan 3) and Delhi (Jan 6).

Few rivalries in sport are as intense as India and Pakistan on the cricket field, and Wasim said he hoped the men in green would be buoyed by the occasion.

"I use to thrive in an India match," said Wasim, who helped his side maintain a dominant record over their arch-rivals during the span of his 104 Test and 356 one-day internationals career.

"I would not sleep the night before and would plan and most of the time handled the pressure well and came out winner.

"So it would be important for this Pakistan team to handle the pressure well. If they are scared of losing then they can't win. I think if Pakistan's batting clicks then we can beat India in India."