A confident KS Bharat first took a sharp catch off Ashwin's bowling and then convinced stand-in captain Ajinkya Rahane to go for a successful review. 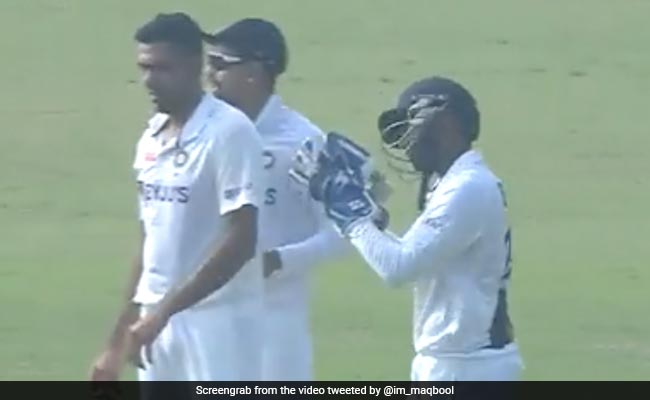 Substitute KS Bharat, who is keeping wickets in place of Wriddhiman Saha on Day 3 of the India vs New Zealand first Test at the Green Park in Kanpur, played an important role in helping India get their maiden breakthrough in the first innings. Bharat, first took a sharp catch off Ravichandran Ashwin's bowling and then straightaway signals towards stand-in captain Ajinkya Rahane to go for the review after the umpire had given it not out. Replays showed that New Zealand's debutant opener Will Young had got an edge.

It all transpired in the 67th over of the New Zealand innings. Desperate to break the opening stand between Young and Tom Latham, Rahane turned towards his most experienced spinner and Ashwin did not disappoint. The veteran off-spinner, who had been toiling hard since the last session of Day 2, got one to just skid through the surface. What added to Young's woes was the low bounce. He tried to dab it off the backfoot but instead got a slight edge.

Bharat did a fine job by crouching low to complete a sharp catch. Umpire Nitin Menon, however shook his head. Here is where Bharat, who is keeping wickets for the first-time in a Test match (as a substitute) impressed again. He was convinced that Young got an edge and insisted Rahane to go for the DRS. Seeing his young keeper supremely confident, Rahane went for the review and it proved to be right one.

Young, who made a fantastic 89 on debut, had to take the long walk back. India finally got their first breakthrough after a 151-run opening stand.

The 26-year-old Bharat too got his maiden dismissal in international cricket. India's designated keeper for this Test match as Wriddhiman Saha is nursing a neck stiffness, which has so far kept him away from the field so far on Saturday.

India were bowled out for 345 in their first innings. Debutant Shreyas Iyer starred with the bat, becoming the 16th Indian to score a hundred on Test debut.