IND vs NZ: Ahead of their departure to India, New Zealand posted a heart-warming video on their official Twitter handle. In the video, pacer Trent Boult can be seen posing with the team's bus driver Santhosh. 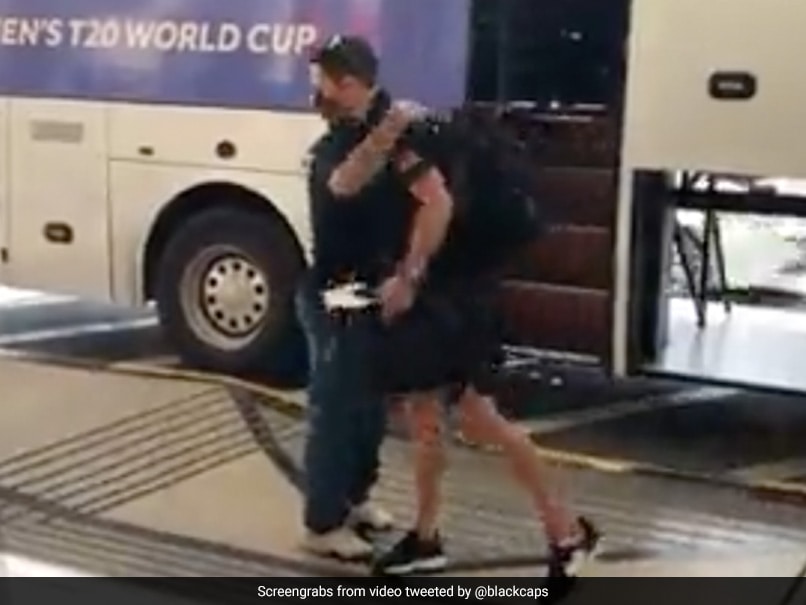 New Zealand cricket team will hardly have any breathing space after the conclusion of the T20 World Cup as they head straight into a three-match T20I series against India, followed by two Tests, starting November 17 in Jaipur. The Black Caps took part in the high-voltage summit clash of the T20 World Cup, where they lost out to neighbours Australia in the final by 8 wickets. Ahead of their departure to India, New Zealand posted a heart-warming video on their official Twitter handle.

In the video, pacer Trent Boult can be seen posing with the team's bus driver Santhosh. Boult can also be seen hugging the driver in the video.

"Finishing up at the T20 World Cup with a hug from our bus driver Santhosh. Next stop Jaipur!" New Zealand captioned the video on Twitter.

Finishing up at the @T20WorldCup with a hug from our bus driver Santhosh. Next stop Jaipur! #T20WorldCup #INDvNZ pic.twitter.com/BdHPCHyzrX

The Kane Williamson-led side had a great run in the recently-concluded T20 World Cup, where they reached all the way to the final, against all odds.

After starting their campaign with a defeat to Pakistan, the Kiwis went on to win their next 4 group games and qualified for the semi-finals, where they chased down a challenging total of 167, thanks to a brilliant knock of 72* off 47 balls.

In the final, the Kiwis went on to post a total of 172/4 on the back of skipper Williamson's 48-ball 85. In reply, Australia chased down the 173-run target with 7 balls to spare.

The first T20I between India and New Zealand will be played at the Sawai Mansingh Stadium in Jaipur on Wednesday. Regular captain Kane Williamson will not be a part of the T20I series and will return for the two-match Test series, starting on November 25 in Kanpur. India will be led by Rohit Sharma, who has been named the new T20I captain.

India, on the other hand, will be without Virat Kohli, who has been rested for the T20I series, along with a host of other senior players who played in the T20 World Cup. Kohli has opted out of the first Test in Kanpur too and will be back for the second Test. The Indian team will be led by Ajinkya Rahane in the first Test.

Trent Boult India vs New Zealand 2021 Cricket
Get the latest updates on SA vs IND 2021-22, check out the Schedule and Live Score . Like us on Facebook or follow us on Twitter for more sports updates. You can also download the NDTV Cricket app for Android or iOS.