Ind vs NZ: Ruturaj Gaikwad and Venkatesh Iyer are two talented youngsters who could get a look in for this match, although it will be interesting to see where the duo will bat if they are included in the playing XI as both men achieved a lot of success while opening the innings in the IPL 2021. 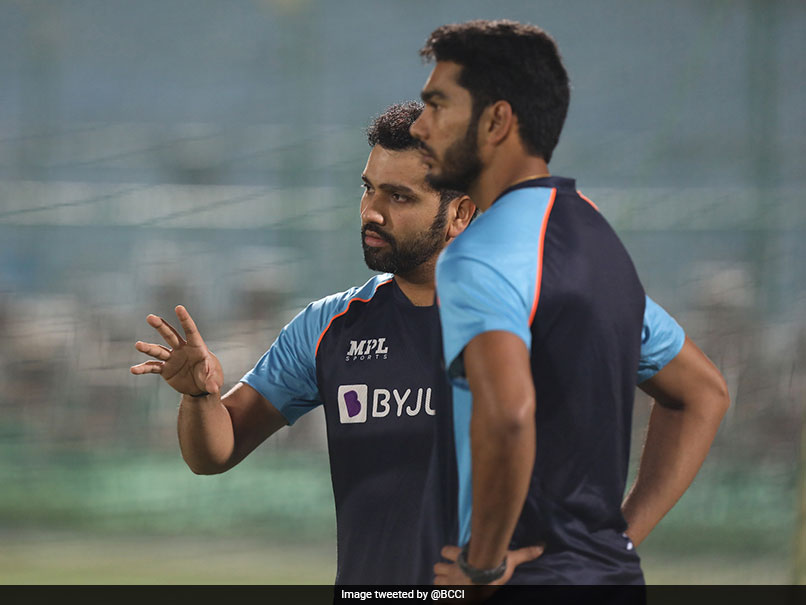 India take on New Zealand in the 1st T20I in Jaipur on Wednesday and all eyes will be on the playing XI that the hosts will field. It will be a test for newly appointed captain Rohit Sharma and coach Rahul Dravid as they look to identify new faces in the shortest format as India start their preparations for the T20 World Cup in Australia next year. A host of senior players are missing from the squad as they have been rested post a hectic season, which ended with the ICC T20 World Cup, where India failed to make the knock-out stage. Ruturaj Gaikwad and Venkatesh Iyer are two talented youngsters who could get a look in for this match, although it will be interesting to see where the duo will bat if they are included in the playing XI as both men achieved a lot of success while opening the innings in the IPL 2021.

Here is our predicted XI for India for the first T20I against New Zealand:

1) KL Rahul:He was named Rohit Sharma's deputy and signs are clear that he is being groomed as a future captain. Rahul needs to start showing some consistency at the top of the order.

2) Rohit Sharma: This is the beginning of the Rohit Sharma era in T20Is and he would want to start it with a bang. Rohit has a great batting record as captain and he needs to lead the team from the front.

3) Ruturaj Gaikwad: There's class and talent oozing out of the strokes that this quality batter plays and it is time he makes a grand entry in international cricket, having had a low key start to his career on the tour of Sri Lanka earlier this year.

4) Suryakumar  Yadav: He couldn't show much of his abilities in the T20 World Cup but Surya is now a key member of the national team in the shortest format and he needs to make the most of his opportunities.

5) Rishabh Pant: He has played a lot of cricket over the past few months and this series will definitely be a test of his fitness, both as a batter and as a wicket-keeper.

6) Venkatesh Iyer: Rohit Sharma and Rahul Dravid spoke about identifying specific roles for players and playing Venkatesh Iyer as a finisher from this match onwards could be a start of that. The top order India already has, means Iyer might not get opportunities there. But the time has come to try him for his all-round skills.

7)Axar Patel: Yet another chance for Axar Patel to prove his mettle in the absence of the seasoned Ravindra Jadeja.

8) Ravichandran Ashwin: The veteran proved why he is still India's best spinner across formats in the T20 World Cup and he will have a chance to test the Kiwis on home turf.

9) Mohammed Siraj: The Hyderabad paceman has impressed in Test cricket and should be groomed into becoming a good limited overs bowler too.

10) Bhuvneshwar Kumar: Bhuvneshwar Kumar is at that stage in his career where things could either improve or go completely downhill. He is out of favour in Tests and his poor form in white-ball cricket has not helped the team. He must reclaim his position in the absence of Bumrah and Shami.

11) Yuzvendra Chahal: To say India missed him in the T20 World Cup will be an understatement. Chahal is one of India's best spinners in limited overs cricket and the team will benefit from his return.

KL Rahul India vs New Zealand 2021 Cricket
Get the latest updates on ICC T20 Worldcup 2022 and CWG 2022 check out the Schedule, Live Score and Medals Tally. Like us on Facebook or follow us on Twitter for more sports updates. You can also download the NDTV Cricket app for Android or iOS.