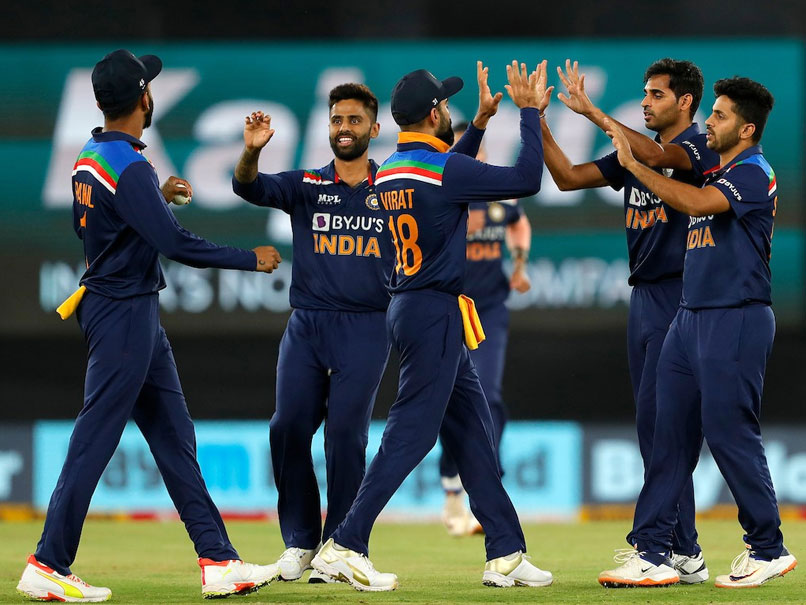 IND vs ENG: India bowled well in the death overs and won the match by eight runs.© BCCI

India held their nerve at the death and won the 4th T20I in Ahmedabad by eight runs to level the five-match series 2-2. With 23 runs to defend in the last over, Jofra Archer tried to eke out a great win by hitting a four and a six. Thakur then gave away two wides to make it 10 off 3 balls. But the Indian pacer dismissed Chris Jordan off the penultimate ball of the match to seal the deal. The game was almost always in the balance with Jason Roy (40 off 27) and Ben Stokes (46 off 23 balls) the major players with the bat for England while Archer got four wickets. But in the end, Suryakumar's fifty on debut (57) and India's death bowling did the trick and helped the hosts level the series. (SCORECARD)