India vs England Test Highlights: England spinners got rid of Rohit Sharma and Ajinkya Rahane in quick succession to get keep their side in the game after the duo had put on a 162-run stand for the fourth wicket. 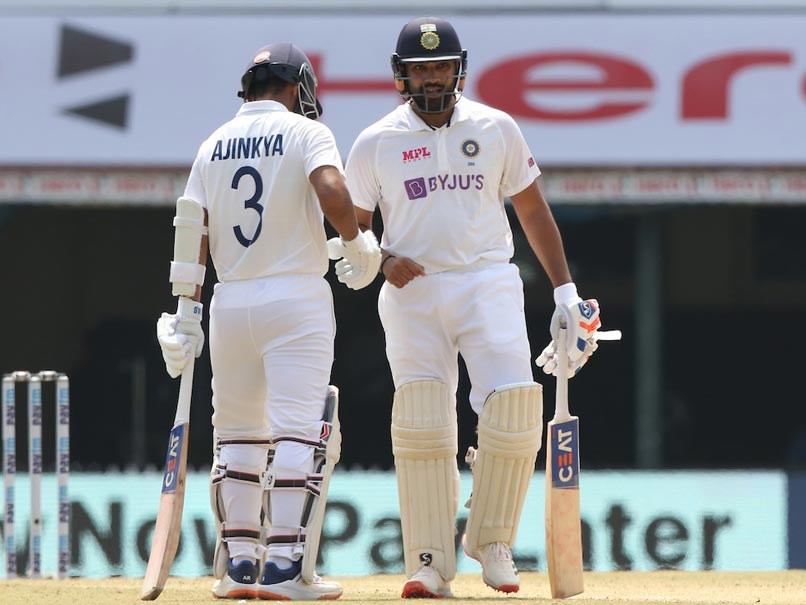 Rohit Sharma and Ajinkya Rahane stitched a brilliant 162-run partnership for the fourth wicket but England spinners struck twice in quick succession in the final session removing both set batsmen to get their side back in the game on Day 1 of the second Test in Chennai. India lost three key wickets in the final session but would be the happier of the two as they reached 300/6 at stumps on the first day. Rishabh Pant entertained the Chennai fans with some expansive shots finishing the day at 33 not out, with Axar Patel unbeaten on five. Rohit made batting look easy on a turning track and raced away to his seventh Test hundred off just 130 balls. He and Rahane combined to steady the Indian innings after they had lost both Cheteshwar Pujara and skipper Virat Kohli in quick succession in the morning session. The duo strung together a crucial partnership for the fourth wicket and completely dominated the middle session as India didn't lose any wickets. Earlier, India got off to a poor start losing opener Shubman Gill in the second over of the innings. Gill departed for a three-ball duck as he shouldered arms and was trapped leg before by a Olly Stone delivery. Rohit and Pujara added 85 runs for the second wicket but India lost both Pujara and skipper Virat Kohli as England pushed hosts on the backfoot before the lunch break. While Pujara got out to Jack Leach for 21, Kohli was sent packing by Moeen Ali, who cleaned him up for a duck. (SCORECARD)

Joe Root
Get the latest updates on Fifa Worldcup 2022 and check out  Fifa World Cup Schedule, Stats and Live Cricket Score. Like us on Facebook or follow us on Twitter for more sports updates. You can also download the NDTV Cricket app for Android or iOS.