India vs England, 2nd ODI: Rohit Sharma's sensational acrobatic effort got rid of England opener Jason Roy in the 17th over of the innings in second ODI on Friday. 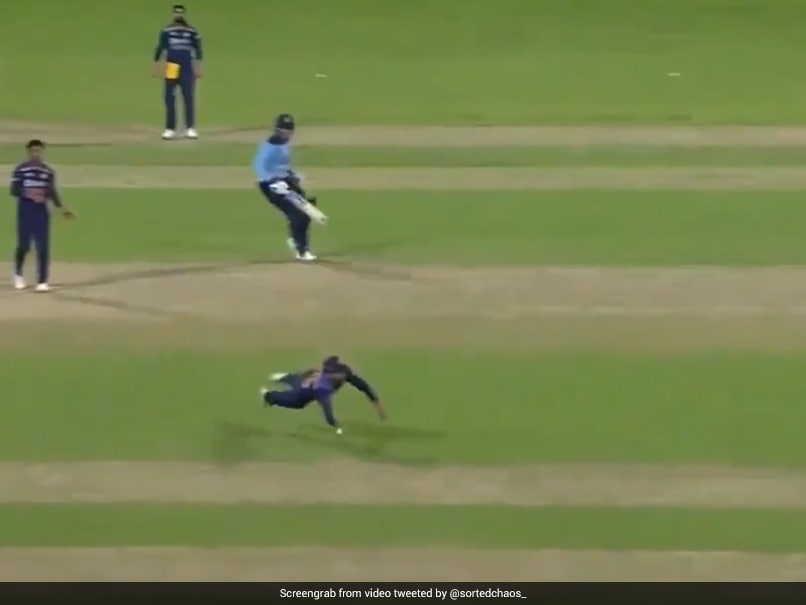 Rohit Sharma, after getting a good start, got out cheaply but pulled off a brilliant run out to dismiss England opener Jason Roy and give India the first breakthrough in the second ODI in Pune on Friday. Chasing 337 runs to win, Roy and Jonny Bairstow gave the visitors a solid start, adding second consecutive century partnership for the opening wicket. The wicket came in the 17th over of the innings after a mix-up between the two openers. Bairstow wanted to steal a quick single after hitting a Kuldeep Yadav delivery towards short mid-wicket but an alert Rohit Sharma stretched himself along the ground to collect the ball and threw it straight into the gloves of Rishabh Pant, who clipped the bails ending Roy's 55-run knock.

Talk about alertness and precision. Excellent piece of fielding and then a sharp throw from @ImRo45 gives India their first big breakthrough.

After losing his partner, Bairstow continued to pile on the misery on the Indian bowlers hitting them to all parts of the ground and took the visitors close to the target.

Earlier, KL Rahul smashed his fifth ODI hundred and Rishant Pant scored a blistering 77 off just 40 balls as India posted 336/6 in their 50 overs after being put in to bat by England.

India skipper Virat Kohli also continued his fine form and smashed yet another half century, while all-rounder Hardik Pandya blasted 35 off just 16 balls as India scored over 100 runs in last 10 overs.

India staged a great comeback to beat England by 66 runs in the first ODI to take a 1-0 lead in the three-match series. This was the first time England had lost the series opener in this tour.

Jason Roy Maharashtra Cricket Association Stadium, Pune India vs England 2020-21 Cricket India vs England, 2nd ODI
Get the latest updates on SA vs IND 2021-22, check out the Schedule and Live Score . Like us on Facebook or follow us on Twitter for more sports updates. You can also download the NDTV Cricket app for Android or iOS.