India vs England: Virat Kohli Second Player To Score 10,000 ODI Runs At No.3

India vs England: Virat Kohli surpassed 10,000 ODI runs at the no.3 position, becoming only the second player after Ricky Ponting to do so. 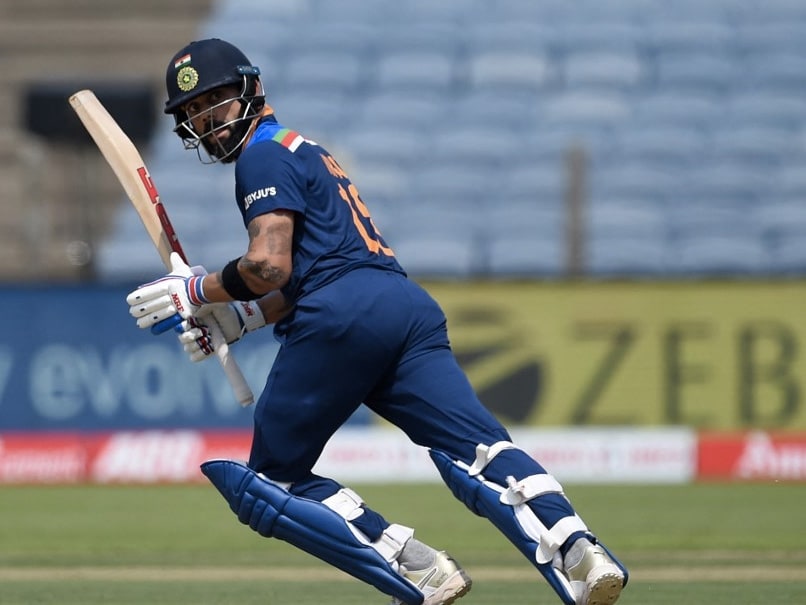 IND vs ENG: Virat Kohli scored scored his second half-century in as many ODIs this series.© AFP

India captain Virat Kohli on Friday touched the milestone of 10,000 ODI runs at the number three position during the ongoing second match against England in Pune at the Maharashtra Cricket Association Stadium. Kohli is only the second batsman to cross the 10,000-run mark in that position, after former Australia captain Ricky Ponting. Ponting sits atop the list of runs at number 3 in ODIs, having amassed 12,662 runs from 330 innings. The Indian skipper crossed the 10,000-mark playing just his 190th innings.

Coming back to the match, Kohli and KL Rahul's brilliant partnership revived India''s innings after opener Shikhar Dhawan and Rohit Sharma failed to score big. After the completion of 26 overs, India's score read 121/2, with Kohli and Rahul playing on 47 and 42 respectively.

India is leading the three-match ODI series against England after winning the first game by 66 runs. A victory in this game will seal the series for the hosts, meaning it is a must-win game for the visitors if they are to keep their hopes alive.

Virat Kohli India vs England, 2nd ODI Cricket
Get the latest updates on SA vs IND 2021-22, check out the Schedule and Live Score . Like us on Facebook or follow us on Twitter for more sports updates. You can also download the NDTV Cricket app for Android or iOS.