Shikhar Dhawan was seen playing with Rohit Sharma's daughter Samaira who was sitting on his father's lap. 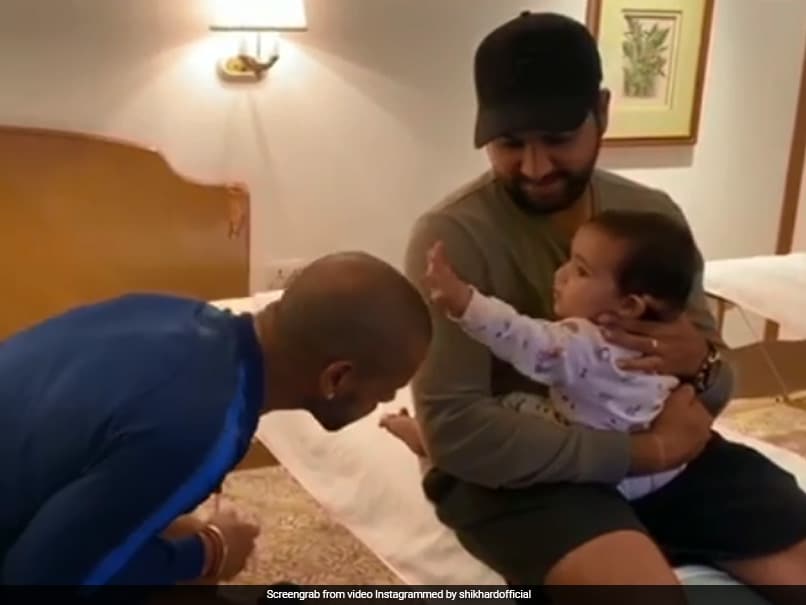 Rohit Sharma became a father in January this year.© Instagram

Shikhar Dhawan and Rohit Sharma are one of the most lethal opening pairs in limited overs cricket currently. And it is common knowledge that their bonhomie goes beyond the cricket pitch and an example of that could be seen in a video which Dhawan uploaded on his Instagram handle on Sunday. Dhawan was seen playing with Rohit's daughter Samaira who was sitting on her father's lap. Rohit became a father in January this year during India's tour of Australia. "Some masti with adorable Samaira," Dhawan wrote in the caption.

Some masti with adorable Samaira @rohitsharma45

Rohit recently made his debut as an opener in Test cricket in India's just concluded series against South Africa. He took the series by storm, scoring a whopping 529 runs in six innings.

Rohit also scored his maiden double hundred in Test cricket in that series and ended up in the top 10 of the ICC Test rankings, thus becoming one of the few batsmen to be in the top 10 in all formats of the game.

Dhawan and Rohit will be reunited when India play Bangladesh in a three-match T20I series, the first of which will be played in Delhi on Sunday.

Shikhar Dhawan
Get the latest updates on ICC Women's Cricket World Cup 2022 and IPL 2022, check out the Schedule , Live Score and IPL Points Table. Like us on Facebook or follow us on Twitter for more sports updates. You can also download the NDTV Cricket app for Android or iOS.