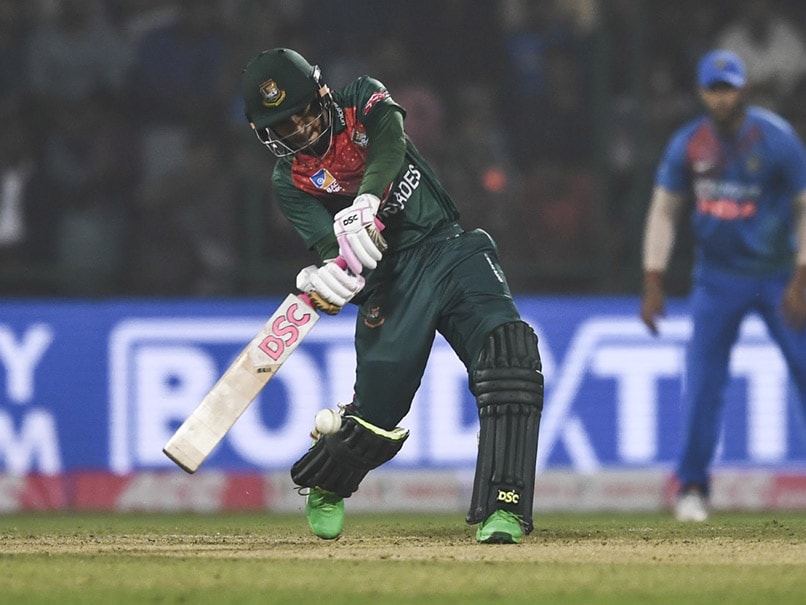 Ind vs Ban 1st T20: Mushfiqur Rahim top-scored for Bangladesh with 60 not out.© AFP

Muishfiqur Rahim (60*) helped Bangladesh beat India by seven wickets in the first T20I at the Arun Jaitley Stadium in New Delhi on Sunday. Chasing 149 to win, Bangladesh lost Liton Das in the first over but debutant Mohammad Naim and stitched a solid partnership for the second wicket to bring them bakc in the game. After Naim departed in the eight over, Sarkar joined hands with Mushfiqur Rahim and together the duo put Bangladesh in the driver's seat. Sarkar fell in the 17th over but Rahim smashed four consecutive boundaries off Kahleel Ahmed in the penultimate over, putting them in the driver's seat. Bangladesh skipper Mahmudullah cleared the fence in the last over, helping his side get to a historic win. Earlier, late cameos from Krunal Pandy (15 off 8) and Washington Sundar (14 off 5) helped India post 148/6 in the first innings after they were put into bat. (LIVE SCORECARD)