Ravichandran Ashwin has been India's go-to bowler in the Test format, especially at home. Even with bat, Ravichandran Ashwin has time and again played some crucial knocks. Ashwin, who has four Test hundreds to his name, was seen batting left-handed on the opening day of the Test series opener in Indore on Thursday. Indian Cricket Team's official Instagram account posted a video at the end of first day's play where Ashwin can be seen playing shots while batting left-handed.

"No Do not check your phone It's indeed a left-handed Ashwin Batting," the video was captioned.

No. Do not check your phone It's indeed a left-handed Ashwin Batting #TeamIndia #INDvBAN

Soon after the video was shared, fans were left stunned by Ashwin's ability with the bat and some of the them even said that the 33-year-old was playing better than Rishabh Pant. 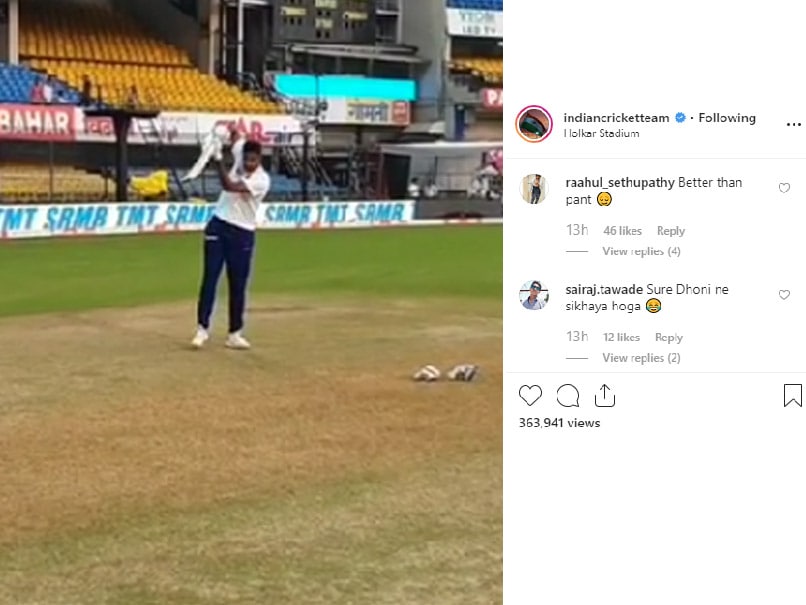 "Must've learned from Dhoni", another fan said in Hindi.

Rishabh Pant has been facing a lot of criticism for some of his recent performances.

Ahead of the last Twenty20 International against Bangladesh, India's stand-in skipper Rohit Sharma even urged the fans to keep their eyes off Rishabh Pant.

"You know there is a lot of talk happening about Rishabh Pant every day, every minute. I just feel that he needs to be allowed to do what he wants to do on the field. I would request everyone to keep their eyes away from Rishabh Pant for a while," Rohit had said.

In the ongoing Test match against Bangladesh, India bowled out the visitors for just 150 runs.