Ravichandran Ashwin's opinion on Twitter impressed Netflix India as it decided to offer "man of the watch award" to the off-spinner. 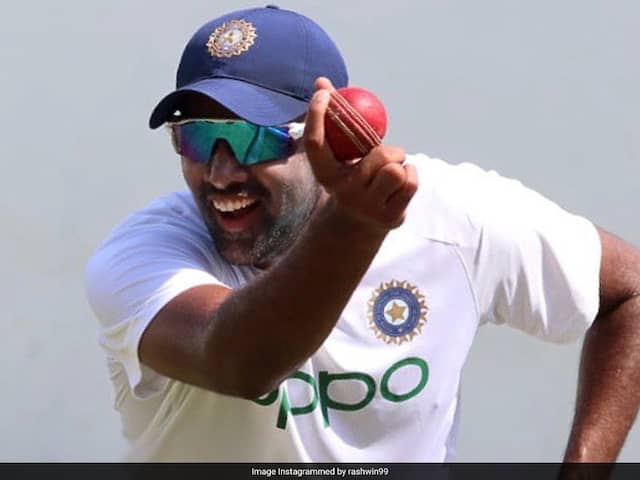 Ravichandran Ashwin was offered "man of the watch award" by Netflix India.© Instagram

Ravichandran Ashwin, who was seen bowling left-handed after the first Test against Bangladesh, was engaged in a funny conversation on Twitter with Netflix India. Ravichandran Ashwin took to Twitter on Monday to express his opinion on a TV series. After Ravichandran Ashwin's tweet, Netflix India's official Twitter handle came up with a witty reply that left the off-spinner into fits of laughter. "Ashwin's fantastic suggestion has won him today's Man of the Watch award," Netflix India tweeted.

Ashwin's fantastic suggestion has won him today's Man of the Watch award https://t.co/FWIyJdeLKV

Ashwin responded with an amusing tweet, saying: "look forward to the presentation ceremony".

Look forward to the presentation ceremony

Ashwin, a part of India's Test squad, is gearing up for India's first-ever day-night Test which is scheduled to be played in Kolkata, starting November 22.

After an emphatic victory against Bangladesh in the first Test in Indore, the 33-year-old stayed back in Indore and was seen having a practice session with the pink ball.

Ashwin managed to pick up five wickets in the first Test as the hosts battered Bangladesh by an innings and 130 runs inside three days in Indore.

After the win, Ashwin was full of praise for India's pace attack that rattled the Bangladesh's batting lineup in the Test series opener.

"I think Shami, Ishant and Umesh have been bowling well as a pack and if you add Bumrah to it over the last few months or a year in Test cricket, I think it's one of the most lethal pace attacks going around in the world if not the best," Ashwin said after the match.

India lead the two match Test series 1-0 and will be looking to maintain their winning streak in the ICC World Test Championship.

India currently lead the World Test Championship points table with 300 points from six matches. New Zealand and Sri Lanka are at second and third place respectively with 60 points each.