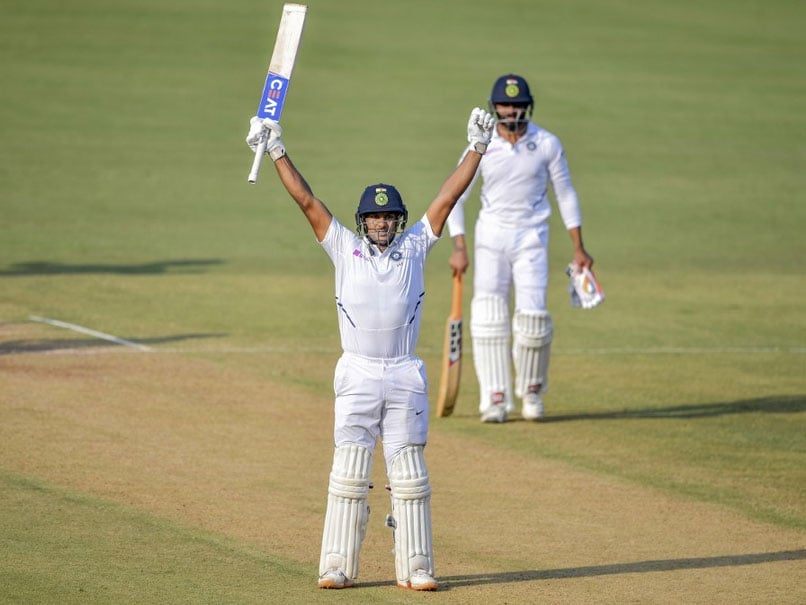 Ind Vs Ban: Mayank Agarwal was dismissed for 243 runs.© AFP

Mayank Agarwal on Friday struck his second double century in four Tests as India took their first innings lead over Bangladesh to more than 200 on day two of the opening Test. The in-form opener, who has hit three tons and two double hundreds in his last five Test innings, pulverised the Bangladesh bowling. He completed his 200 with a six off Mehidy Hasan and raised his arms amid a standing ovation from the crowd in Indore. The Indian opener was finally dismissed for 243 thanks to a fine catch from Abu Jayed. Ravindra Jadeja and Umesh Yadav, then, combined to further extend India's lead and decimate the opposition bowling. At stumps on Day 2, Jadeja was unbeaten on 60 while Umesh was 25 not out as India reached 493 for six, leading a hapless Bangladesh team by a whopping 343 runs. (SCORECARD)

Virat Kohli Live Score Live Cricket Score Live Blogs India vs Bangladesh, 1st Test Cricket
Get the latest updates on SA vs IND 2021-22, check out the Schedule and Live Score . Like us on Facebook or follow us on Twitter for more sports updates. You can also download the NDTV Cricket app for Android or iOS.