The pollution in Delhi has worsened and a public health emergency has been declared in the national capital and adjoining areas. 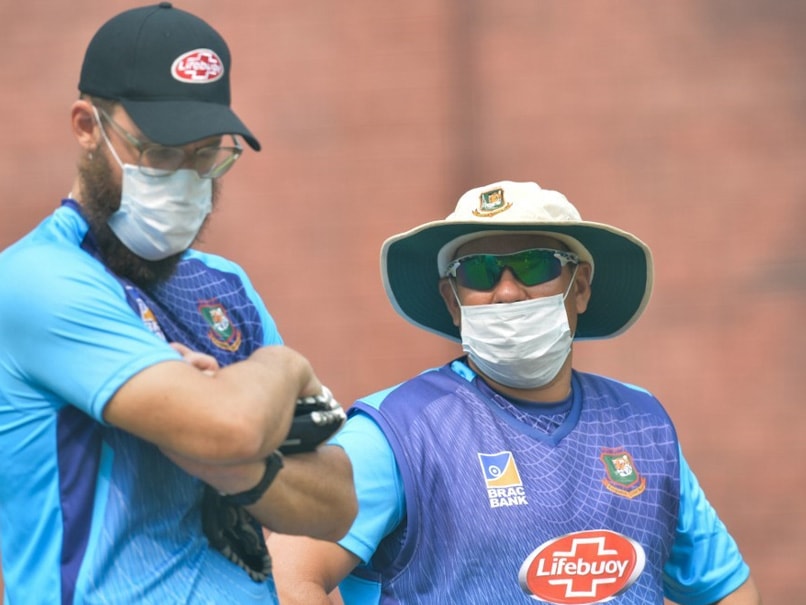 The Delhi pollution took a turn for the worse on Friday with a public health emergency being declared in the national capital and nearby areas by the pollution control body mandated by the Supreme Court. Delhi has been struggling with rising air pollution levels since Diwali. The pollution level in the region entered the "severe plus" or "emergency" category late Thursday night, the first time since January. The India vs Bangladesh first T20 International is scheduled to be held in Delhi on Sunday despite calls from environmentalists to shift it due to pollution. On Thursday, one Bangladesh player -- Liton Das -- was seen wearing a mask while training but on Friday multiple members of the Bangladesh team and support staff were seen with pollution masks as they prepared for the opening clash of the series.

"We know the Sri Lankans struggled last time and look there's a bit of pollution in Bangladesh as well, so it's a not a massive shock unlike some other countries. The players have just got on with the game and haven't complained too much about it," Domingo told reporters.

"It's only three hours so it's going to be easy. There may be scratchy eyes, sore throat but that's ok. No one is dying," Domingo added.

He said while the situation was not ideal, it would be the same for both teams.

"There's no breeze but obviously not perfect weather with the smog. But it same for both teams. Not perfect, not ideal but you can't complaint about and get on with the game," the coach said.

On Thursday, BCCI president Sourav Ganguly had confirmed that the T20I match between India and Bangladesh in Delhi will go ahead as planned. However, the former India captain did say that the board would be "more practical" while scheduling matches in the Northern part of India in the winters.

Al-Amin Hossain India vs Bangladesh Cricket
Get the latest updates on ICC T20 Worldcup 2022, check out the Schedule and Live Score. Like us on Facebook or follow us on Twitter for more sports updates. You can also download the NDTV Cricket app for Android or iOS.