With the changing rules of cricket, we can now see 12 batsmen on a scorecard as a concussion substitute can replace an injured cricketer. 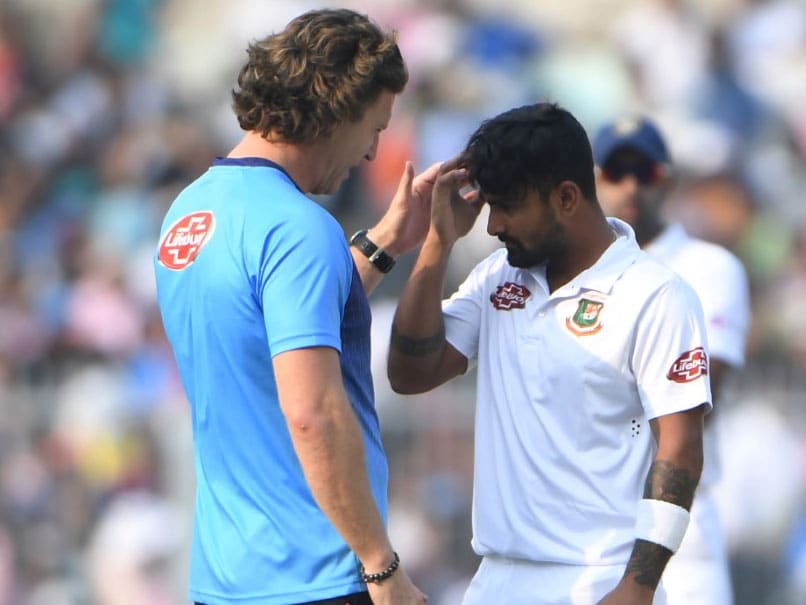 Liton Das was hit on the head by Ishant Sharma during the Bangladesh inning.© AFP

With cricket taking a new form in terms of rules and regulations, there are several changes that have come into being. While India play their first day-night Test, with the pink cricket ball, against Bangladesh, the visitors' inning that folded unceremoniously on Day One also shows another new dimension - the scores of 12 batsmen instead of 11. This is courtesy of the new concussion substitute rule implemented by the International Cricket Council, which allowed for any cricketer who suffers a concussion to be replaced by another. 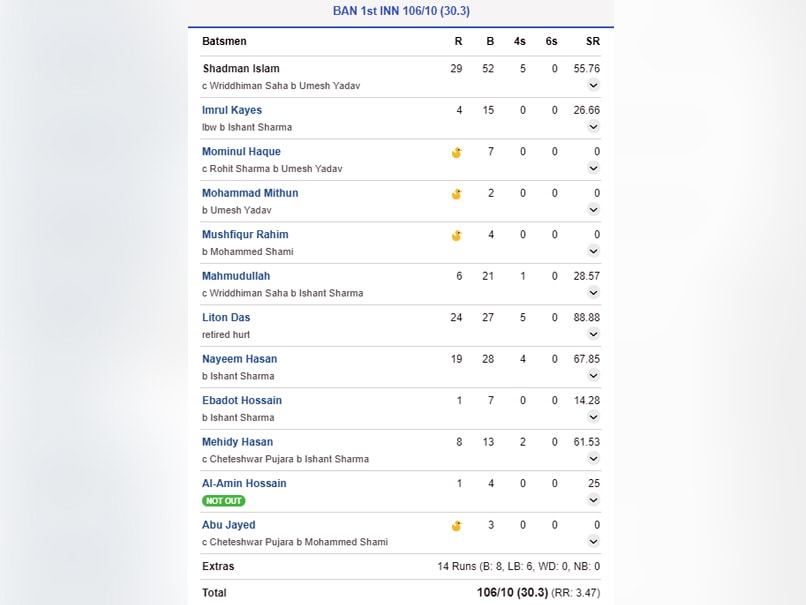 Liton Das was the unfortunate victim in this case, as he was hit on the head by Ishant Sharma during the Bangladesh inning.

Das manfully tried to carry on but thought the better of it and decided to retire hurt, making way for Mehidy Hasan to come in as the concussion substitute.

During India's innings, Taijul Islam replaced Nayeem Hassan as the second concussion substitute. Nayeem was hit on the head by a Mohammed Shami bouncer in Bangladesh's inning.

The first concussion substitute in Test cricket was Marnus Labuschagne of Australia, who replaced Steve Smith after the latter was hit on the head during the second Ashes Test at Lord's on August 18.

Mehidy Hasan however did not keep wickets in Liton Das' place, nor did veteran Mushfiqur Rahim. That role was given to Mohammad Mithun when India came in to bat.

Ishant Sharma India vs Bangladesh Cricket
Get the latest updates on ICC T20 Worldcup 2022, check out the Schedule and Live Score. Like us on Facebook or follow us on Twitter for more sports updates. You can also download the NDTV Cricket app for Android or iOS.