Following the launch, India spinner Yuzvendra Chahal took to Twitter to post of picture of himself donning the new jersey 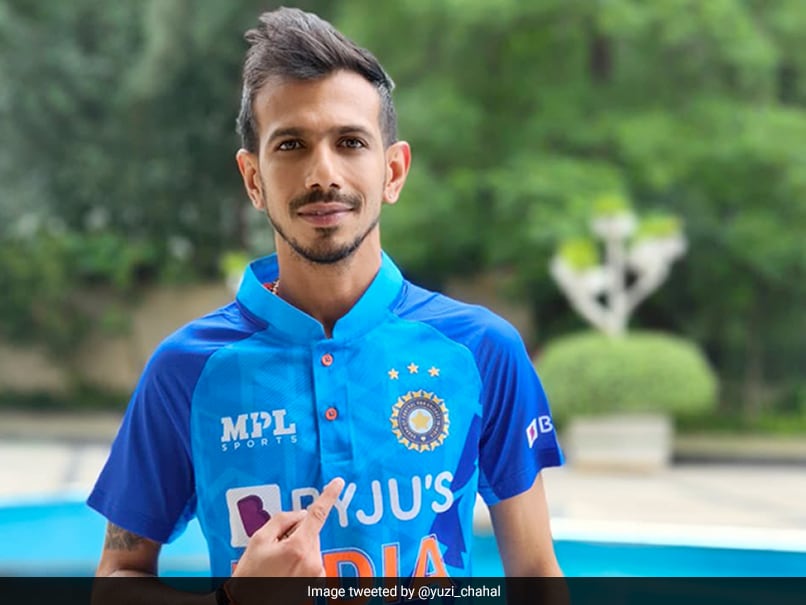 Photo of Yuzvendra Chahal in the new jersey

After a disappointing run at the Asia Cup 2022, Team India is all geared up for the upcoming T20I series against Australia at home. The side will be led by Rohit Sharma and will also feature the likes of KL Rahul, Virat Kohli, Jasprit Bumrah, among others. Just two days ahead of the 1st T20I clash against Australia, the BCCI unveiled the new T20 jersey for the Indian men and women's cricket teams. The launch of the new jersey sparked a moment of excitement among fans and players. Following the launch, India spinner Yuzvendra Chahal took to Twitter to post of picture of himself donning the new jersey.

All set and ready to represent #TeamIndia in this new jersey. New vibe, renewed energy. Let's do this🇮🇳 pic.twitter.com/4WZyp7FQuT

"All set and ready to represent #TeamIndia in this new jersey. New vibe, renewed energy. Let's do this," tweeted Chahal.

Talking about the unveiling of the jersey by BCCI, the poster featured men's and women's team captains Rohit Sharma and Harmanpreet Kaur respectively. They are flanked by Suryakumar Yadav, Shafali Verma, Hardik Pandya and Renuka Singh.

Following the T20Is against Australia, Team India will face South Africa for three T20Is and three ODIs, starting from September 28. Their next assignment in the shortest format will be directly the 2022 T20 World Cup, which begins in October in Australia.

India recently suffered a shock early exit in the Asia Cup after defeats to Pakistan and Sri Lanka in the Super 4 stage. They will look to build up form and momentum for the seminal event next month when they take on defending world champions Australia and South Africa -- both strong contenders for the World Cup title.

Yuzvendra Chahal India vs Australia, 2022 Cricket
Get the latest updates on Fifa Worldcup 2022 and check out  Fifa World Cup Schedule, Stats and Live Cricket Score. Like us on Facebook or follow us on Twitter for more sports updates. You can also download the NDTV Cricket app for Android or iOS.