Virat Kohli put on another masterclass in chasing in ODIs as he hit a 91-ball 89 to guide India to a win in the series decider against Australia. 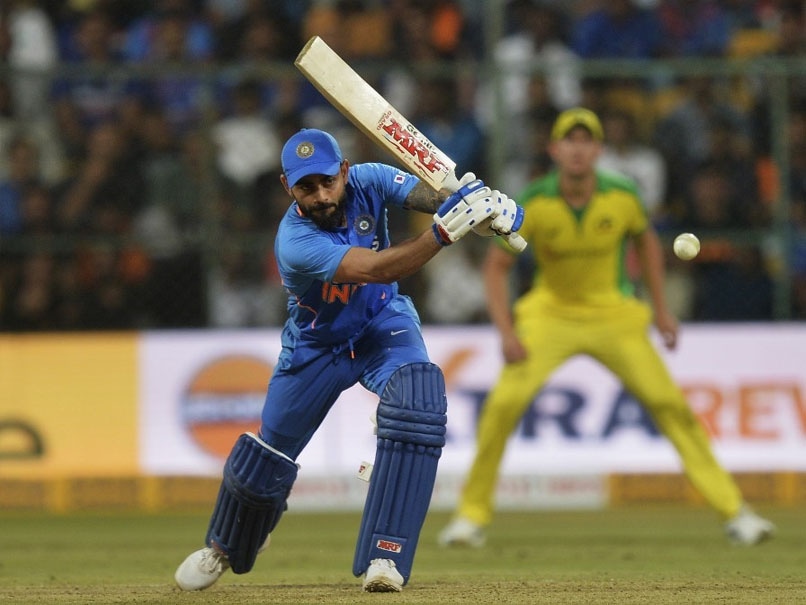 Virat Kohli scored 89 off 91 balls in the third ODI against Australia.© AFP

Virat Kohli praised India's performance after they won the third ODI against Australia in Bengaluru to clinch the series 2-1. When Australia last played an ODI series in India, they came back from two games down to win it 3-2. Kohli spoke about how India's comeback in this series after the loss in Mumbai was satisfying, especially given it was against a "better" Australian side. "We just want to go upwards and onwards. Getting one back given that we lost the series at home last year is really satisfying," the India captain said at the presentation ceremony after the match.

"Australia were even better than last time. There's Steve, David and Marnus. A quality bowling attack, and really intense in the field too. We lost the last three in the last series, and coming back and winning the last two games after losing the first one, is very satisfying," he said.

The Aaron Finch-led side were without batting lynchpins Steve Smith and David Warner, who were serving bans for their involvement in the infamous ball tampering scandal in South Africa, when they toured India in 2019.

Both the players showed their class this series, with David Warner blitzing a century in the series opener in Mumbai and Steve Smith scoring a century in Bengaluru to add to his 98 in the second match in Rajkot.

Speaking about the match, Kohli spoke about the importance of having experienced heads in the team.

India had lost an opener before their innings even began when Shikhar Dhawan pulled up with a shoulder injury while fielding. The left-hander was taken for an X-Ray while Australia were batting and did not come out to bat as India chased down the target of 287 with 15 deliveries to spare.

"We're quite experienced, Rohit and I, and we were short of Shikhar's experience," Kohli said.

"We got a good start. We expect openers of the quality of Rohit and KL (Rahul) to give us starts like that," he said.

"When KL got out it was a tricky situation. The ball was gripping and turning a bit, and this is where experience comes in," the skipper said.

After KL Rahul's dismissal with India's score at 69/1, the Indian captain and vice-captain put on a 137-run stand for the second wicket to take the game away from a wayward Australian bowling attack.

"We spoke of stringing together a partnership and all Australia want are wickets and if we don't give them wickets we can chase 7-8 runs an over later on. We have that belief in our skill," Kohli said.

Kohli himself played an important role in the chase with a 91-ball 89, but it was Rohit Sharma who stole the show with the bat as he struck his 29th ODI century.

"Rohit played beautifully today, anchored the innings before I took over," a Kohli said.

"It's how we have played in the last 4-5 years. It's important to make sure one guy continues to bat till the end and takes us over the line. More important was the comprehensive win," Kohli added.

India will next head to New Zealand, where they will take on the hosts in five T20 Internationals, three ODIs and two Test matches.