Mitchell Starc's wife Alyssa Healy trolled her husband on social media for losing his wicket by playing a poor shot. 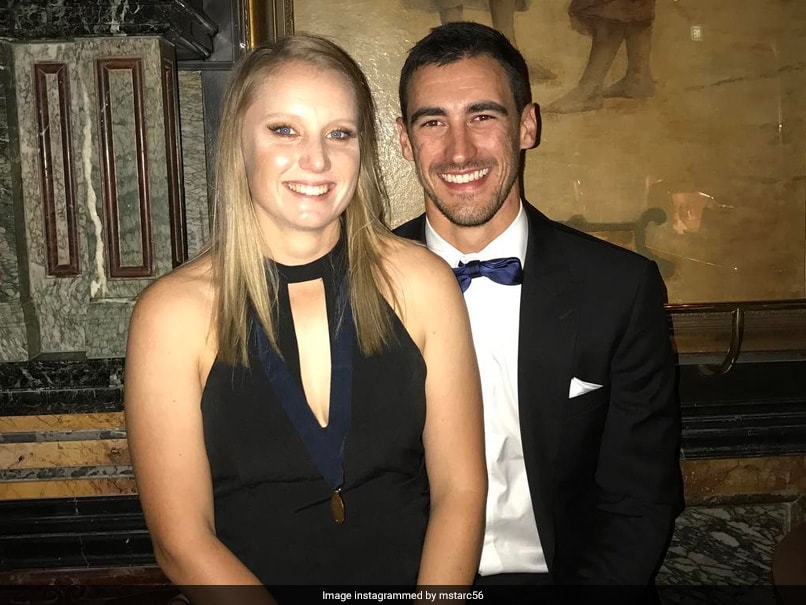 Mitchell Starc departed for a three-ball duck in 3rd ODI against India.© Instagram

Mitchell Starc came to bat at number five, much before his regular batting position, as Australia aimed for a confident total after losing David Warner, Aaron Finch and Marnus Labuschagne in the third One-day International against India in Bengaluru on Sunday. However, Mitchell Starc failed to repay the faith of his skipper Aaron Finch and lost his wicket on the third ball he faced without scoring a single run. Mitchell Starc's wife Alyssa Healy, who herself is a cricketer and plays for the Australian women's national team, trolled her husband on social media for losing his wicket by playing a poor shot.

Alyssa Healy commented with a face palm emoji on one of Mitchell Starc's dismissal posts on Twitter.

Healy, a wicketkeeper batswoman, left the internet in splits with her reaction.

Can you teach him how to bat please.

He forgot what you taught him again Midge

Finch, who lost his wicket for 19 following a massive mix-up with Steve Smith, expected some power-hitting from Starc when Australia needed it most.

However, Finch's ploy didn't work as Starc departed for a third-ball duck after he decided to slog Ravindra Jadeja out of the ground but ended up hitting it straight to Yuzvendra Chahal, who was fielding at deep mid-wicket.

While Starc departed on the last ball of the 32nd over by Ravindra Jadeja, Australia had lost Labuschagne on the third ball of the same over.

India rode on a century by Rohit Sharma and Virat Kohli's knock of 89 runs to chase down the target with 15 balls to spare.

With the seven-wicket victory at the M Chinnaswamy Stadium, India clinched the three-match ODI series 2-1.

Mitchell Starc India vs Australia 2020 Cricket India vs Australia, 3rd ODI
Get the latest updates on ICC T20 Worldcup 2022 and CWG 2022 check out the Schedule, Live Score and Medals Tally. Like us on Facebook or follow us on Twitter for more sports updates. You can also download the NDTV Cricket app for Android or iOS.