India Vs Australia: Hardik Pandya Gets A Makeover He Did Not Want 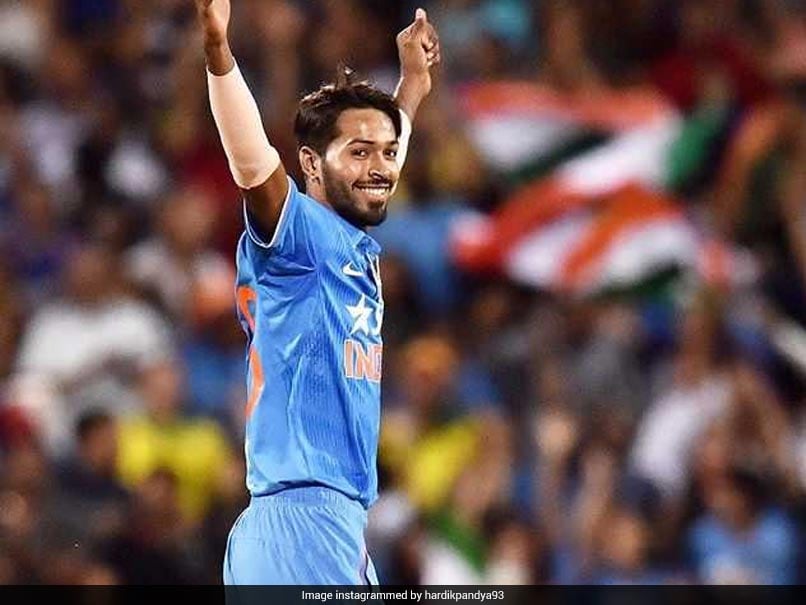 Nothing can beat Team India when it comes to celebrating an occasion.© Sanjay Bangar/Instagram.

Nothing can beat Team India when it comes to celebrating an occasion. Be it a birthday or a team victory, Virat Kohliand men have their own style of making the moment 'very special'. This time, the occasion was too special in the Indian dressing room. Not one or two, but three birthdays took place in a single day. India all-rounder Hardik Pandya, batting coach Sanjay Bangar and team physio Patrick Farhart shared birthdays on October 11.

In a picture shared by Bangar on his Instagram account, the trio was seen posing with cake smeared all over them.

"Three Musketeers! @hardikpandya93 @imsanjaybangar and Patrick Farhart after a makeover that they did not want. #TeamIndia," Bangar's post read.

#Repost @indiancricketteam Three Musketeers! @hardikpandya93 @imsanjaybangar and Patrick Farhart after a makeover that they did not want. #TeamIndia

On September 10, India, after their 50-run win over Australia at Eden Gardens, the Indian team had celebrated Manish Pandey's birthday.

The middle-order batsman was grabbed by former India captain MS Dhoni from behind as other teammates smeared cake on Pandey's face.

After clinching the ODI series 4-1, India will aim to win Twenty20 series when they take on Aussies in the third and final T20I in Hyderabad on Friday.

India, who won the opening T20I of the three-match series by 8 wickets (DLS), lost the second game by 8 wickets.

Sponsored by Vuukle
Comments
Topics mentioned in this article
India Cricket Team Australia Cricket Team Hardik Pandya Sanjay Bangar India vs Australia 2017 Cricket
Get the latest updates on Fifa Worldcup 2022 and check out  Fifa World Cup Schedule, Stats and Live Cricket Score. Like us on Facebook or follow us on Twitter for more sports updates. You can also download the NDTV Cricket app for Android or iOS.