India vs Australia: Want Accuracy In Your Bowling, Watch Hardik Pandya At Nets

The all-rounder has been in the thick of things in the series with Australia. 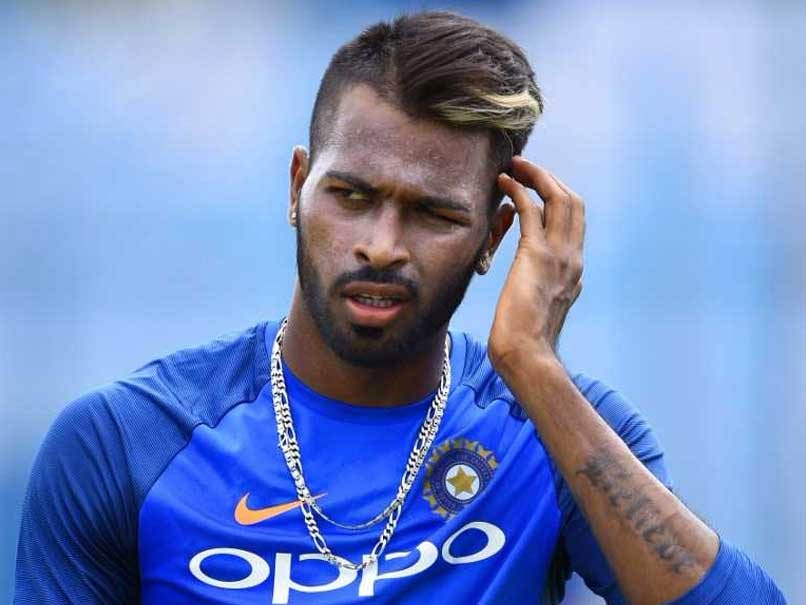 Hardik Pandya was seen honing his skills at the nets© AFP

Hardik Pandya has been making the headlines off late for all the right reasons. The young all-rounder, hailing from Gujarat, had a brilliant series against Australia in the one-dayers, both with the bat and ball. Pandya was instrumental in hosts winning the series 4-1. The 24-year-old steered India out of trouble in more than one occasion and picked up wickets at crucial junctures of the game to hand India the advantage. With the T20 series underway, Pandya was seen honing his skills at the nets. In a video uploaded by BCCI, Pandya was seen bowling and was asked to target the marker placed in the good length area of the pitch. It didn't require a second invitation for the young all-rounder to hit the bullseye as seen in the video.

How is that for accuracy from @hardikpandya7? Was asked to target the marker and he nails it. #TeamIndia #INDvAUS pic.twitter.com/RaQRcu9Gek

Pandya recently celebrated his 24th birthday and also took to Twitter to wish the Bollywood superstar Amitabh Bachchan, both of whom were born on the same day.

"A very Happy Birthday to the evergreen @SrBachchan ji...

Great privilege to share my birthday with you and to have shared these memorable moments with you...," he tweeted.

Hardik also got birthday wishes from brother Krunal, who has been a known face in the Indian Premier League, playing for Mumbai Indians.

But the most entertaining wish that Pandya got on his birthday came from former India opener Virender Sehwag. "Happy Birthday to one of the best modern day entertainer - my Kung Fu Pandya , @hardikpandya7 !" was Sehwag's wish.

Australia came back strongly in the second T20I in Guwahati and levelled the series 1-1. The last of the 3 T20Is will be played at the Rajiv Gandhi International Stadium, Hyderabad on Friday, October 13.

Comments
Topics mentioned in this article
India Cricket Team Hardik Pandya Rajiv Gandhi International Stadium, Hyderabad India vs Australia 2017 Cricket
Get the latest updates on Fifa Worldcup 2022 and check out  Fifa World Cup Schedule, Stats and Live Cricket Score. Like us on Facebook or follow us on Twitter for more sports updates. You can also download the NDTV Cricket app for Android or iOS.