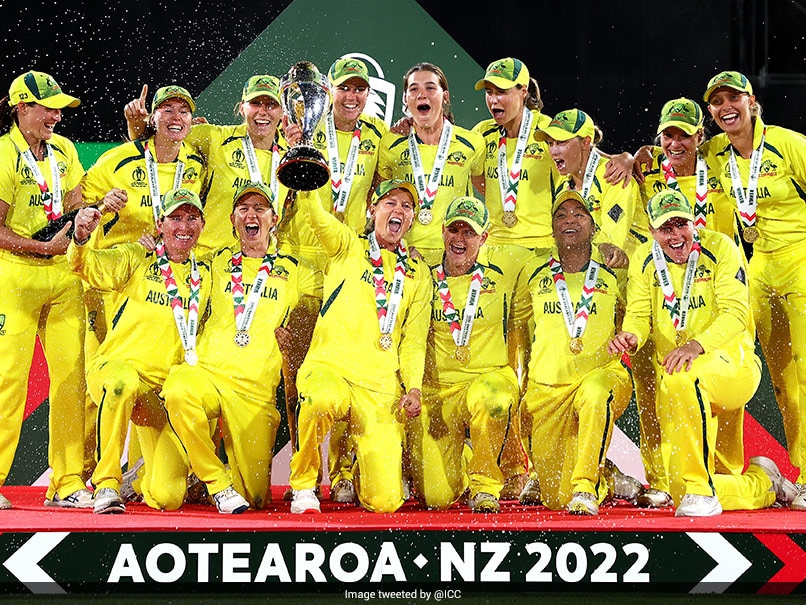 Australia women's cricket team winning run is a testament to the side's belief and fitness, and no wonder there is a sense of invincibility whenever they step out to the field. Meg Lanning's side scripted yet another chapter in their glorious history as they defeated England in the summit clash of the ICC Women's World Cup on Sunday. In the final, Alyssa Healy was at her best as she scored 170 runs to help Australia post 356/5 in 50 overs. Alana King and Jess Jonassen spun a web to take six wickets between them to help Australia win a record-extending seventh Women's World Cup title.

Before the final of the ICC Women's World Cup, former England captain Nasser Hussain had said on broadcast that if Australia go on to win the contest, they would be the greatest women's cricket side for him.

"If Australia do win this game, for me they will probably be the greatest Women's cricket side of all time," Hussain had stated.

However, the question needs to be asked whether Australia Women are the greatest cricket team (men's or women's) ever to play the sport.

Over the past four years, Australia have won 38 matches out of 39 and their only defeat in ODIs came against India last year.

Since being ousted from the 2017 Women's World Cup in the semi-final by India, Meg Lanning's Australia have been on a rampaging run and have demolished all that have come in front of them.

Since 2017, Australia have never a lost ODI series and they also broke the record of Ricky Ponting and his men's team for registering most ODI wins on a trot.

Australia women created the record for winning most ODIs (26) at a stretch and this streak was ended by India in 2021.

However, since seeing losing their streak, Australia have again won 12 ODIs on a trot, and the side did not drop even a single game in the ICC Women's World Cup 2022.

They have won seven out of the 12 World Cups that have taken place in women's cricket.

In the final against England, Alyssa Healy scored 170 -- the highest score in either a women's or men's World Cup final -- and she was given support by Rachael Haynes and Beth Mooney.

England dropped a few chances and they were made to pay heavily. Then, spinners Alana King and Jess Jonassen took three wickets each as Australia defeated England by 71 runs in the summit clash.

England Women ICC Women's World Cup 2022 Meg Lanning Alyssa Healy Rachael Haynes Cricket
Get the latest updates on IPL Auction 2023 and check out  IPL 2023 and Live Cricket Score. Like us on Facebook or follow us on Twitter for more sports updates. You can also download the NDTV Cricket app for Android or iOS.