U19 World Cup, WI vs AUS: The bowlers put on a strong performance as the Cooper Connolly-led side defeated West Indies by 6 wickets at the Providence Stadium in Guyana. 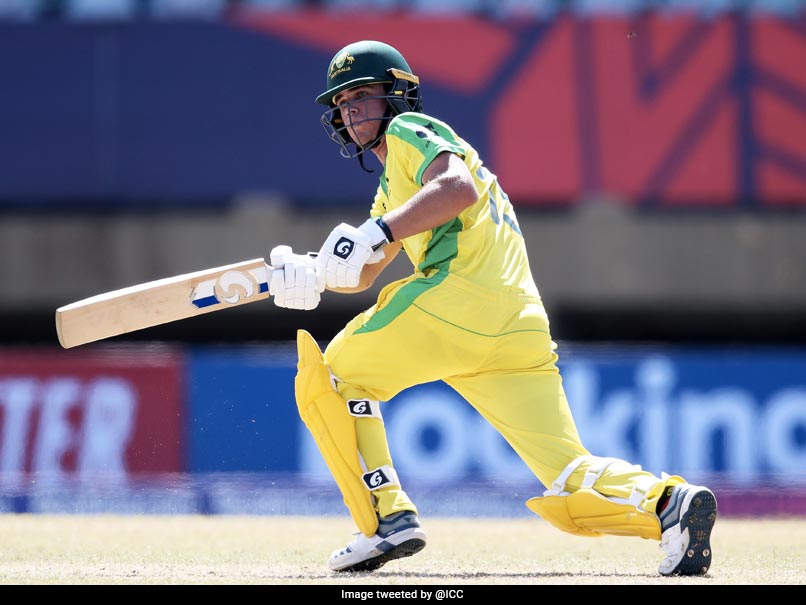 Australia swept aside West Indies in match 1 of the ongoing T20 World Cup and got the tournament to a flying start on Friday. The bowlers put on a strong performance as the Cooper Connolly-led side defeated West Indies by 6 wickets at the Providence Stadium in Guyana. After electing to bat first, West Indies could only manage a total of 169 as skipper Ackeem Auguste top-scored with a 67-ball 57. The hosts were reduced to 12 for three before Auguste and wicketkeeper-batter Rivaldo Clarke (37) added 95 runs for the next wicket.

Chasing a target of 170, Australia were reduced to 21 for two as Corey Miller (0) and Isaac Higgins (9) were dismissed for cheap.

However, Teague Wyllie put on a batting masterclass (89) before Connolly (23) and Radhakrishnan (31) capped off fine all-round performances, taking Australia beyond the finishing line with 31 balls and 6 wickets to spare.

For the Windies, Johann Layne, Shiva Shankar, Onaje Amory and Matthey Nandu registered one scalp each.

The three-time champions will now take on Sri Lanka in their next game on January 17 at the Conaree Sports Club in St Kitts.

West Indies, on the other hand, will face Scotland on the same day at the Warner Park.

Meanwhile, Sri Lanka defeated Scotland by 40 runs in the other Group D fixture at the Everest Cricket Club Ground in Georgetown.

Sri Lanka top Group B ahead of Australia due to a better net run-rate.

Australia U19 Teague Wyllie Nivethan Radhakrishnan Cooper Connolly Ackeem Auguste Matthew Nandu Shiva Sankar Providence Stadium, Guyana Cricket ICC Under 19 World Cup 2022 West Indies Under-19 vs Australia Under-19, Match 1
Get the latest updates on SA vs IND 2021-22, check out the Schedule and Live Score . Like us on Facebook or follow us on Twitter for more sports updates. You can also download the NDTV Cricket app for Android or iOS.