U-19 World Cup: After opting to bat first, Bangladesh entire batting line-up collapsed for a total of 97. 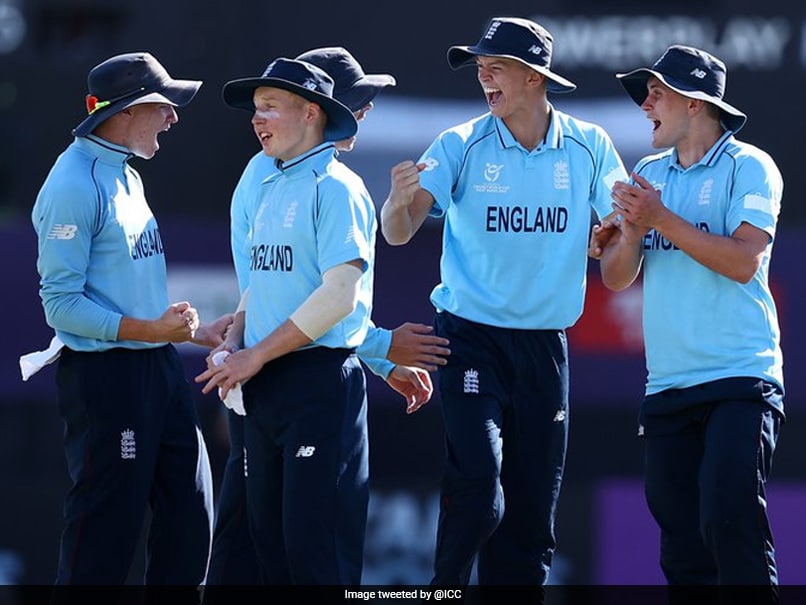 Joshua Boyden delivered the goods with the ball while Jacob Bethell starred with the bat as England defeated Bangladesh in the ongoing U-19 World Cup at the Warner Park in St Kitts on Sunday. After opting to bat first, Bangladesh entire batting line-up collapsed as none of their batters, apart from tail-ender Ripon Mondol, managed to cross the 15-run mark. Mondol scored an unbeaten 33 but could only take Bangladesh to a total of 97 all out in 35.2 overs.

Chasing a below-par target of 98, England did lose three wickets but Bethell and James Rew efforts took them across the finishing line with seven wickets and 24.5 overs to spare.

England were reduced to 26 for two before Bethell (44) and Rew (26*) added 65 runs for the third wicket. Bethell fell short of his fifty by 6 runs as he got run out by Ariful Islam.

For Bangladesh, Rakibul Hasan and Mondol took a wicket each.

Bangladesh, who had won the tournament two years back, headed into the ongoing edition as one of the favourites. However, they're performance on Sunday means that they have a lot of ground to cover in order to defend their title.

England, on the other hand, went to the top of Group A ahead of Canada, who defeated the United Arab Emirates (UAE) in the other game in the group.

England will now face Canada in St Kitts on Tuesday.

England U19 Joshua Boyden Jacob Bethell James Sales James Rew Ripon Mondol Ariful Islam Warner Park, Basseterre, St Kitts ICC Under 19 World Cup 2022 Bangladesh Under-19 vs England Under-19, Match 7 Cricket
Get the latest updates on IPL Auction 2023 and check out  IPL 2023 and Live Cricket Score. Like us on Facebook or follow us on Twitter for more sports updates. You can also download the NDTV Cricket app for Android or iOS.