Watch: India U-19 Opener Angkrish Raghuvanshi Reaches Fifty vs Ireland With A Six

ICC U-19 Cricket World Cup: Angkrish Raghuvanshi smashed 79 runs off 79 balls during India's Group B encounter vs Ireland on Wednesday. 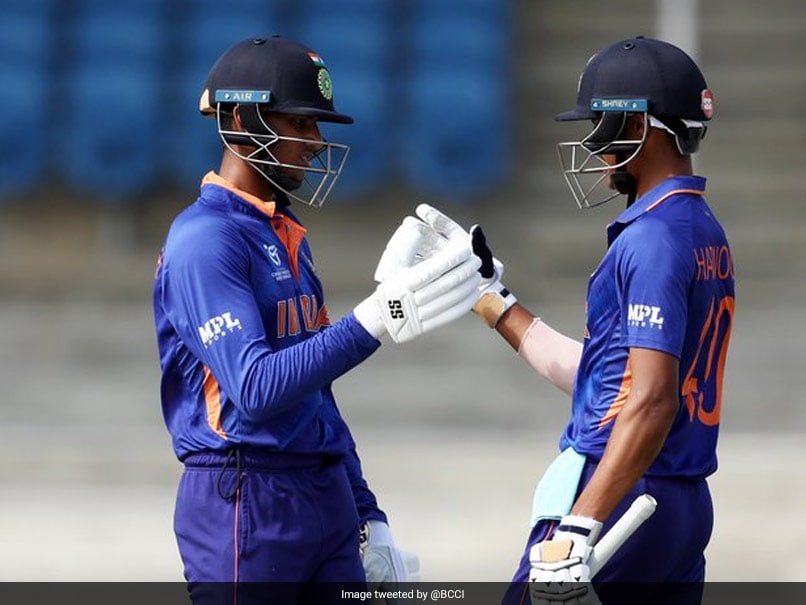 Angkrish Raghuvanshi was in top form during India's innings against Ireland in their Group B match at the Brian Lara Cricket Academy in Tarouba, on Wednesday. The opener smashed 79 runs off 79 balls to help India post 307 for five in 50 overs. The youngster also hammered 10 fours and two sixes. The ICC took to Instagram to share a highlight of him reaching his half-century and captioned it as, "Angkrish Raghuvanshi bringing up his fifty in style". India went on to win by 174 runs after bowling Ireland out for 133.

During the 12th over of India's innings, he received a short delivery from Matthew Humphreys, which he pulled off the backfoot to clear the deep midwicket boundary for a maximum and also reached his fifty with much aplomb.

The video was well-received by fans, with many pointing out his power-hitting skills to senior player Hardik Pandya.

Meanwhile, another fan said that it was similar to Shane Watson's batting skills.

"That shot is reminiscent of Shane Watson", the fan wrote.

Other than Raghuvanshi, his opening partner Harnoor Singh registered 88 runs off 101 balls. Harnoor also hit 12 fours during his knock.

India were without regular captain Yash Dhull, who reportedly tested positive for Covid-19 along with five of his other teammates.

Ireland U19 Angkrish Raghuvanshi Cricket
Get the latest updates on IPL Auction 2023 and check out  IPL 2023 and Live Cricket Score. Like us on Facebook or follow us on Twitter for more sports updates. You can also download the NDTV Cricket app for Android or iOS.