Virat Kohli and Ravindra Jadeja have gone on to become star performers for the Indian cricket team and made a name for themselves in international cricket across all three formats. 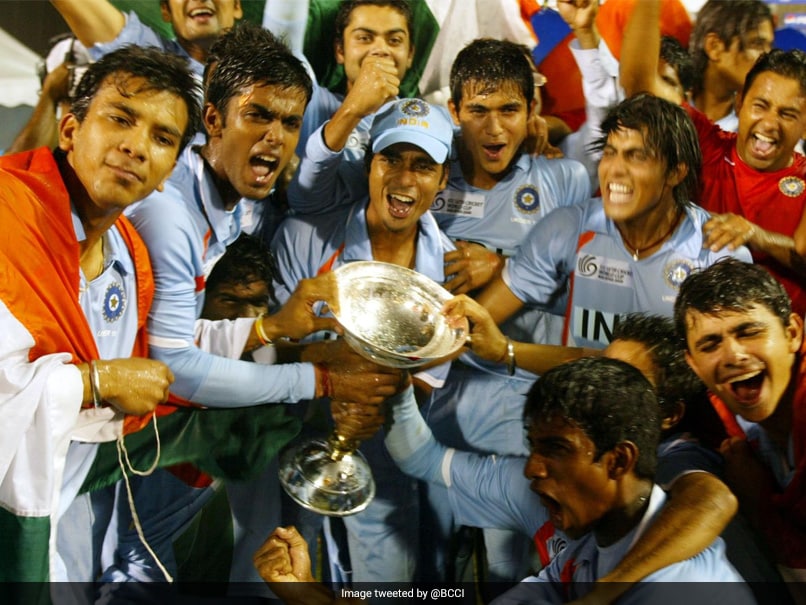 The Indian U-19 cricket team led by Yash Dhull is all set to take on England in the final of the ICC U19 World Cup on Saturday. India and England are both unbeaten in the tournament. This is the fourth successive time that the Indian team has reached the final of the tournament. India has won the title four times in the past, the last of the victories coming in 2018, when the team was led by Prithvi Shaw. Unmukt Chand led the side to victory in 2012, while the first ever U19 title for India was won by Mohammed Kaif's team in 2000. After that victory, India's next title came in 2008, when Virat Kohli led the team to victory in Malaysia.

The BCCI on Friday posted photos from that triumph and also asked Indian cricket fans to answer a trivia.

In 2008, the @imVkohli-led side won India's second #U19CWC title by beating South Africa in the final! 🏆

Let us know in the comments ✍️ pic.twitter.com/pTHJI1kFEu

"In 2008, the@imVkohli-led side won India's second #U19CWC title by beating South Africa in the final! How many from that squad went on to play for #TeamIndia later on? Let us know in the comments," was the post shared by BCCI.

From these only 6 players went on to represent India in the senior men's team and only two have gone on to become superstars in international cricket.

Virat Kohli and Ravindra Jadeja have gone on to become star performers for the Indian cricket team and made a name for themselves in international cricket across all three formats.

Manish Pandey has had a stop and star international career in white-ball cricket. He has played 29 ODIs and 39 T20Is for India till date.

Abhinav Mukund has played 7 test matches for India till date while Siddarth Kaul has represented India in 3 ODIs and T20Is each. Saurabh Tiwary has also played 3 ODIs for India.

Saurabh Tiwary Abhinav Mukund BCCI Cricket ICC Under 19 World Cup 2022
Get the latest updates on Fifa Worldcup 2022 and check out  Fifa World Cup Schedule, Stats and Live Cricket Score. Like us on Facebook or follow us on Twitter for more sports updates. You can also download the NDTV Cricket app for Android or iOS.