Highlights and action of the ICC Under-19 Cricket World Cup between India (IND) and (AUS) Australia at Mount Maunganui on Saturday. 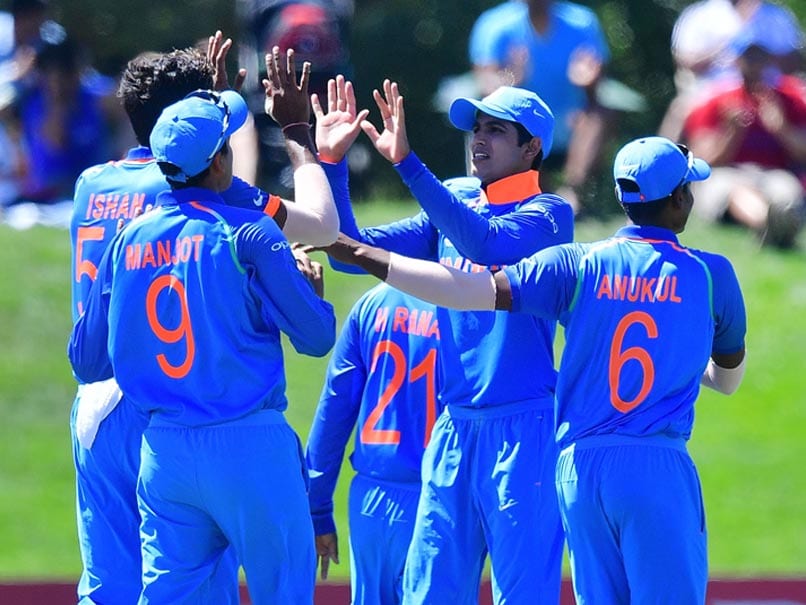 Manjot Kalra smashed an unbeaten century as India crushed Australia by eight wickets to lift the ICC Under-19 World Cup title at Bay Oval in Mount Maunganui on Saturday. This is India's fourth Under-19 World Cup title. Chasing a modest 217 in the summit clash, India romped home in just 38.5 overs with eight wickets in hand. The 19-year-old Kalra slammed his century off 101 balls. Kalra became second Indian after Unmukt Chand to score a hundred in the U-19 World Cup final. (Scorecard)

Earlier, Jonathan Merlo made a solid 76 before the India's left-arm spin duo of Shiva Singh and Anukul Roy sprung into action, limiting the opposition to 216 all out. At 183 for four, Australia looked well on course to reach 250 in a high-pressure until the Indian spinners engineered the collapse with Jason Sangha-led side losing its last six wickets for 33 runs. Australia, who had little hesitation in batting first, were guilty of not converting starts into big partnerships. Merlo and Param Uppal (34) were involved in a 75-run stand for the fourth wicket before the innings' top-scorer shared 49-runs with Nathan McSweeney (23) to set the platform for a competitive total. However, the momentum shifted hugely into India's favour when Shiva (2/36) set up Sweeney to have the batsman caught and bowled, leaving Australia at 183 for five.

When and Where to watch: India (IND) vs Australia (Aus)

Last 10 updates
2nd Innings
Refresh
Load more
Comments
Topics mentioned in this article
India U19 Australia U19 Prithvi Shaw Shubman Gill ICC Under-19 World Cup Cricket Live Score Live Cricket Score Live Blogs
Get the latest updates on ICC T20 Worldcup 2022, check out the Schedule and Live Score . Like us on Facebook or follow us on Twitter for more sports updates. You can also download the NDTV Cricket app for Android or iOS.