Shubman Gill with his batting prowess and agility on the field has been impressive so far in the tournament. 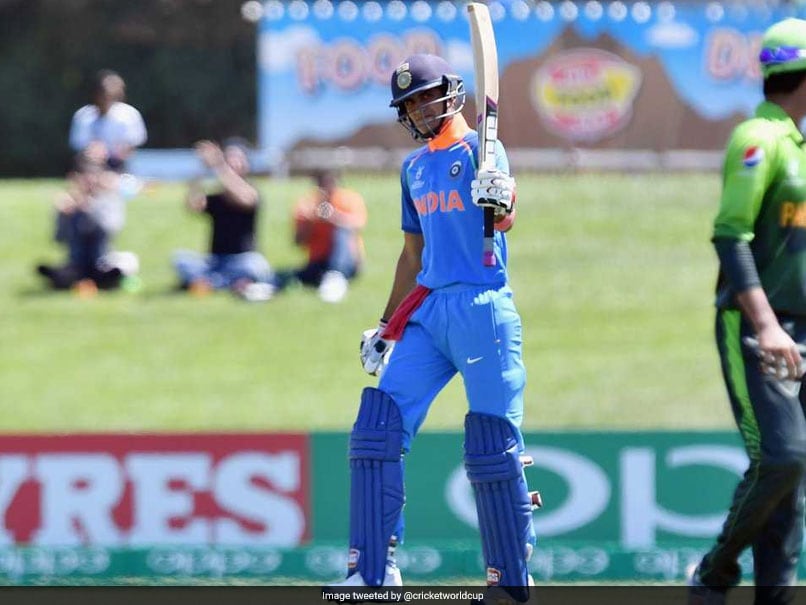 Team India has been ruthless and unconquered in the ongoing ICC Under-19 Cricket World Cup in New Zealand. The Prithvi Shaw-led team have ticked all the right boxes in the tournament so far, paving their way to the final. Without a doubt, it can be said that India cricket great Rahul Dravid, coach of the U-19 team, is not only producing unbelievable talent but also nurturing it, which in turn has helped the young players to be head and shoulders above their opponents at the tournament. Among the players who have made a name for themselves at the World Cup is the 18-year-old Shubman Gill from Punjab.

Gill with his batting prowess and agility on the field has been impressive so far in the tournament. The right-handed batsman has hit four successive half-centuries in the tournament, with his highest being an unbeaten and match winning 102 against Pakistan on Tuesday.

India's #U19CWC finalists thank their brilliant supporters with selfies for all! pic.twitter.com/UtJNfHixQX

Gill, who was bought by Kolkata Knight Riders for Rs 1.8 crore in the Indian Premier League players' auction, is the team's leading scorer with 341 runs.

In the first match against Australia, which India won by a massive 100 runs, the Punjab cricketer scored a brilliant 63 off 54 balls with a strike rate of 116.67. His innings included six boundaries and one six.

After a great tournament opener, there was no looking back for Gill as he continued to score fluently and got runs under his belt helping his team brush aside their opponents with ease.

Like most young players, Gill idolises Sachin Tendulkar, Rahul Dravid and VVS Laxman for the great players that they were.

What a 100 from Shubman Gill.Played with a lot of maturity and responsibility.272 is a good score. Now the onus is on the bowlers. #IndvPak #under19worldcup

"The only reason I started playing cricket was because of Sachin sir, Rahul sir, and Laxman sir," International Cricket Council (ICC) quoted Gill as saying.

"I loved watching these three players, and I used to copy them when I was little, I used to throw balls at the wall and hit drives how they used to hit them."

Gill, who had scored a fantastic 277-ball 351 in the Punjab Inter-District Under 16 tournament and contributing to a world record opening stand of 587, has the scores of 90, 86 and 102 not out against Zimbabwe, Bangladesh and Pakistan respectively in the ongoing tournament.

Gill's cricketing philosophy involves not being bogged down by pressure and expectations.

"When I'm batting, I don't really think about anything else. I don't think about the pressure or anything from coaches, I just go out there and bat," Shubhman said.

In the semi-final against Pakistan, Gill was given the man of the match award for his magnificent century. On receiving the award, he said, "This innings I rate it pretty high. It was a pressure inning - all that nerves as it was against Pakistan. I just had a good dinner and slept. The credit goes to my father and brother. I would like to play all three formats because modern cricket is all about adapting. Looking forward to it (the final against Australia)."

Comments
Topics mentioned in this article
India U19 Shubman Gill ICC Under-19 World Cup Cricket
Get the latest updates on ICC T20 Worldcup 2022, check out the Schedule and Live Score. Like us on Facebook or follow us on Twitter for more sports updates. You can also download the NDTV Cricket app for Android or iOS.