Pakistan's 124-run defeat to India in the ICC Champions Trophy tournament has been described as "shameful" and "humiliating" by the country's former greats such as Imran Khan and Wasim Akram, critics and fans alike. 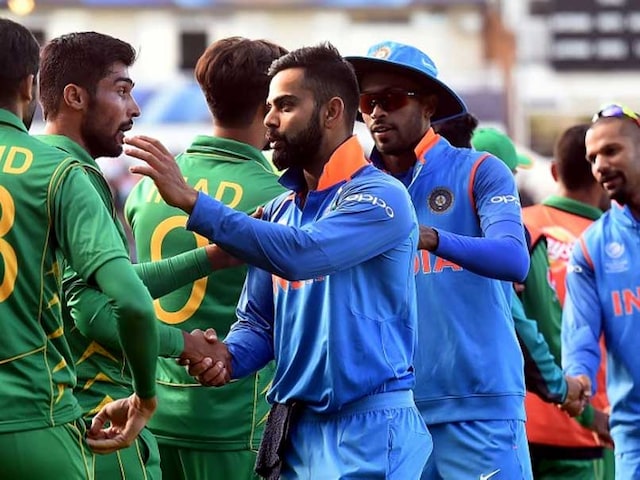 Pakistan's 124-run defeat to India in the ICC Champions Trophy tournament has been described as "shameful" and "humiliating" by the country's former greats such as Imran Khan and Wasim Akram, critics and fans alike. Having notched up 319 for three, India bowled out Pakistan for 164 to post a comprehensive victory at the Edgbaston. "Win and defeat are part of any game but the manner in which we lost to India on Sunday without a fight was very painful," Imran said in a statement. He added, "Despite having lot of talent Pakistan will continue to fall behind India in cricket unless our cricket structure is revised." Former captain Rashid Latif said, "Even if Pakistan had fielded its full 15 players I don't think the result would have been different. Such is the difference between the two sides now."

Shahid Afridi said the gap between the two sides is increasing. "While India has progressed a lot we are falling behind them," he said.

Another former skipper, Aamir Sohail, said while the media loves to present it otherwise the truth is this Pakistan team doesn't have the ability to beat the current Indian side.

Former fast bowler Shoaib Akhtar lashed out at the players for showing no heart.

"Who in their right mind would open the bowling in such English conditions with a spinner who can turn the ball.

"The only way to beat India was to bowl them out for a manageable total by taking wickets. Yet, instead of attacking them with the new ball, we choose to contain them. This was poor captaincy and poor decision making by the team think-tank," he said.

Akhtar also took head coach Mickey Arthur to task for saying after the match that it was his decision to play Wahab Riaz over Junaid Khan as there was no difference between Junaid and Hassan Ali, who played in the match.

"It is astonishing that the coach does not see any difference between Junaid and Hassan. How can you compare them - one is a natural left-arm swing bowler and the other is a right-arm pacer."

The latest loss hurt the Pakistanis more than past defeats given the hype around the match and the tense relations between the two countries. Former captain Mohammad Yousuf said people needed to accept the reality.

"They are a top side which is why they are number three in ODI rankings and we are languishing at number eight because of our poor performances."

Yousuf said that even though the Edgbaston pitch was excellent for batting none of the Pakistani batters showed the technique to make use of the conditions.

"What happened is shameful. It is humiliating for us because we have played and beaten India many times. We used to dominate them." Yousuf called for sacking Arthur.

Former Test opener and ex-head coach of the Pakistan team, Mohsin Khan said if Pakistan continued to play the way they did against India they would face similar results against South Africa and Sri Lanka.

"The coach has been a big disappointment as the team appeared to be without a plan while I am disappointed with the captaincy of Sarfaraz Ahmed who appeared lost in the match."

Former captain Wasim Akram said India's cricket had improved a lot due to the IPL and massive investment in the sport.

"The bitter truth is we are lagging behind them in many ways and we are not producing fearless players. Before every Pak-India match there is a 50-50 chance for either side to win but on Sunday we just gave it away. It was a bad defeat."

He pointed out that India have many advantages over Pakistan as their captain is more mature and experienced as is their team.

Akram said he was disappointed with the performance of the bowlers in the final 10 overs as they cracked under pressure.

Viv Richards and Brian Lara, appearing on the state-owned PTV sports, said on paper India were always favourites to win the match.

"Look at the other teams and their number three batsman. Pakistan is playing Babar Azam in such a big event at such a crucial position. They have got it wrong," Richards said.

Lara termed India as one of the favorites to reach the final after their dominating performances against Pakistan.

An upset Saeed Ajmal said he couldn't understand what planning Pakistan ha done for the match.

"Their appeared to be no direction and it made no sense at all to open the bowling with Imad and then given him the final over when India were on a rampage," he said.