Batting At No 4 In IPL Won't Cause Problems During Champions Trophy, Says Rohit Sharma

The Mumbai Indians captain batted at No 4 during the IPL but will open for India in the Champions Trophy. 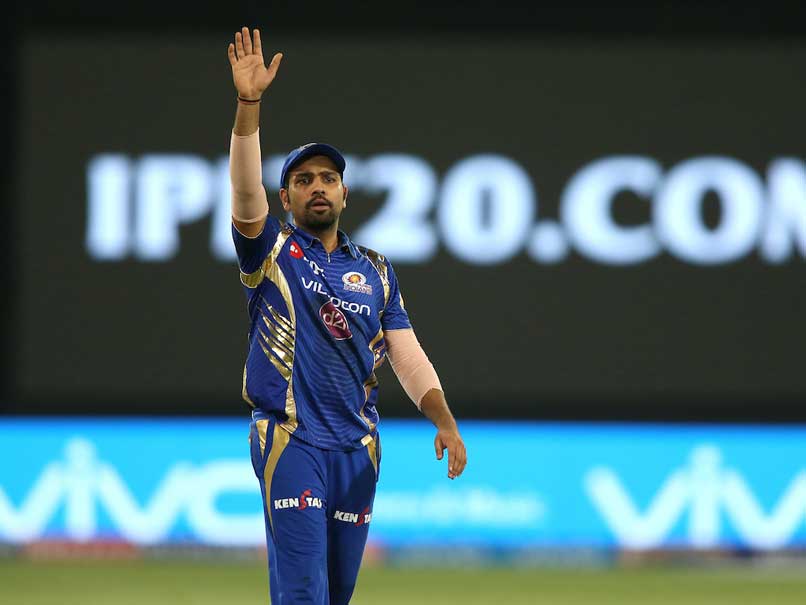 Rohit Sharma believes that batting at No 4 for Mumbai Indians in the Indian Premier League (IPL) will have no bearing when he goes out to open the batting for India in the ICC Champions Trophy as the two are completely different formats. "IPL is different from international cricket. I spoke before the start of IPL that to give balance to the team I will bat lower down. I don't know why people compare the two (situations)," said Rohit at the Mumbai Indians' media conference on Monday.

Rohit scored 333 runs in 17 games for Mumbai Indians batting at No 4 but as he gears up to open for India in England, the stylish right-hander feels that it's something that international players adapt to.

"It has happened for 10 years - players going on to play Test cricket or 50 over games after IPL. I don't think it's going to be difficult to adapt in this age. All it needs is to develop the mindset," he said confidently.

Asked about which title he relished the most, Rohit pointed the current title as the best he has won. "I can't single out any one of these. Last night's T20 game was one of the best I had played. I am very happy. No team has won the IPL thrice before. It's a very big achievement and we have to take this confidence forward," he added.

He said captaining the MI side has helped him significantly. "It (captaincy) does help me a lot. Last year, we had a tough time and could not qualify for the Play-offs, but we knew we had the players to do well this year and they delivered. The attitude of the players remained the same whether we won or lost. As captain I love to inspire teams as much as I can," he said.

There will be a mega auction next year but Rohit says that he will like to remain a part of Mumbai Indians.

Comments
Topics mentioned in this article
Mumbai Indians India Cricket Team Rohit Sharma IPL 2017 ICC Champions Trophy 2017 Cricket
Get the latest updates on Fifa Worldcup 2022 and check out  Fifa World Cup Schedule, Stats and Live Cricket Score. Like us on Facebook or follow us on Twitter for more sports updates. You can also download the NDTV Cricket app for Android or iOS.