Indian women's hockey player Monika revealed that the team is more aware about their training schedule through the use of technology and said that they will aim to peak at the right time before the Tokyo Olympics. 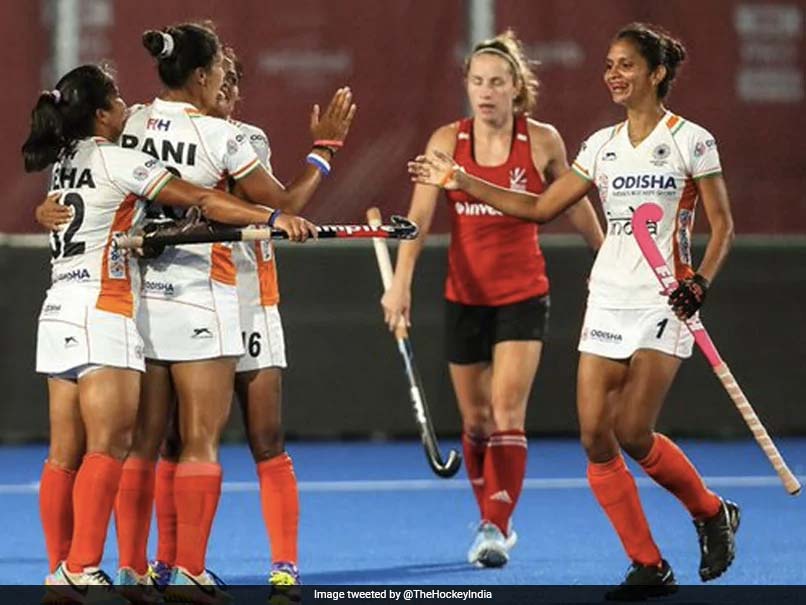 Indian women's hockey team has been training hard ahead of the Tokyo Olympics.© Twitter/TheHockeyIndia

For the Indian women's hockey team Saturday mornings are the toughest according to experienced midfielder Monika who doesn't shy away from "red sessions" during the training. Throwing light on their training during the ongoing National Coaching Camp at SAI Centre, Bengaluru, Monika explains, "Red sessions are mostly higher-intensity training sessions where we focus on match intensity with the idea of superseding match intensity with small-sided variations." She added, "Each session is either focused on speed or endurance or direction focused. We have about two-three such sessions a week. Those are the days when our fitness levels are really tested. Each day we train anywhere between 2 hours to 4.5 hours."

The player from Chandigarh also said that the coaching staff is planning week-on-week training in such a way that the team peaks at the right time.

"The focus now is to keep improving on our strengths and work on the weak points. Our aim is to peak at the right time. Every player's workload is taken into consideration and improvement is mapped accordingly," said Monika.

"Our awareness about each session, how it helps, what it's for etc is much better now than before. Earlier, we would just blindly focus what coaches said," states Monika who was part of theIndian women's team that participated at the Rio Olympic Games in 2016.

She further explains how each player keeps a chart that's uploaded on to Google docs where the Scientific Advisor Wayne Lombard monitors crucial aspects such as sleep, recovery etc.

"Surely, we have become more tech-savvy. We maintain a chart that has details of what we do the entire day. We need to mention details of activity we pursue for recovery such as number of minutes spent for massage or ice bath or pool session etc," said Monika.

"We also record the number of hours we sleep. I feel by doing these activities on our own, the coaching staff also inculcated a lot more awareness about how we must take care of our bodies and remain injury free," she opined.

With less than 75 days for the Tokyo Olympic Games, Monika feels the team is in the right mind-set to achieve their goal.

"We have had a few setbacks with some of our players testing positive, but they are all well and back to training now. We don't want to think of the issues that are out of our control," said Monika.

"Our focus is to improve each day and be ready for the Games and the entire group is mentally prepared," she signed off.

Comments
Topics mentioned in this article
India Women Hockey
Get the latest updates on India vs Australia and check out  Schedule, Results and Live Score. Like us on Facebook or follow us on Twitter for more sports updates. You can also download the NDTV Cricket app for Android or iOS.